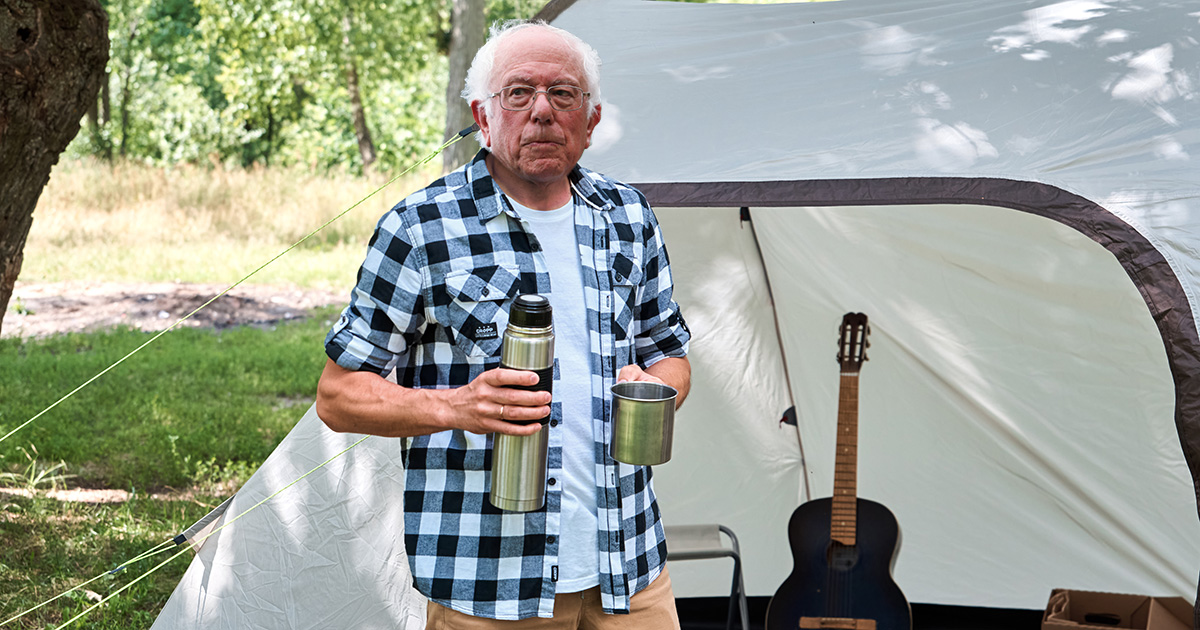 SPRINGER MOUNTAIN, Ga. — U.S. Senator Bernie Sanders embarked upon a journey of self-discovery and healing amidst his terrible heartbreak this autumn by hiking the Appalachian Trail, a handwritten note on his kitchen table confirmed.

“I knew it wasn’t going to be me when I broke it off, but it hurts pretty bad to think about Joe Biden standing up there taking America by its beautiful, calloused hand,” the note read. “That should be me vowing to protect vulnerable citizens and promising to make the American economy more equitable. I made a mistake, but it’s too late now. I guess I’ll grab my Taylor, some extra nylon strings and go for a walk until it doesn’t hurt anymore.”

According to those who have come across Sanders on the trail, he’s a “sad husk of his vibrant, outgoing self.”

“I ran into this guy playing the most solemn cover of ‘Lust for Life’ I’d ever heard by a fire, followed by some originals about socialized healthcare and canceling student debt, but they were really, really slow,” remarked LeRoy Swandol between long sips from his pocket flask after encountering Sanders near Shenandoah, Va. “I had no idea songs about progressive ideology could make me so emotional. I wept when he played one about campaign finance reform — it really felt like that guy was trying to work something out.”

Sanders even allegedly bummed out the most elusive cryptid of all time: Bigfoot.

“I’ve been feeling the Bern as much as any other woodland creature, but Bernie was freaking me the fuck out when I met him,” said a clearly shaken sasquatch who preferred to remain anonymous. “One day, he just walked into my den and offered me some coffee and a handful of granola that might as well have been bark; then, he started telling me Biden and Harris don’t even plan on reforming the for-profit prison industry or addressing educational inequality in urban and rural areas. When he got out his guitar and 4-track because he had a song idea, I said I’d go get my drums and never looked back. That guy is too sad to be around.”

In a second note found on the trail, Sanders vowed to return to society after the inauguration because “the pain of seeing the love of his life in the arms of another man would be too much to bear.”