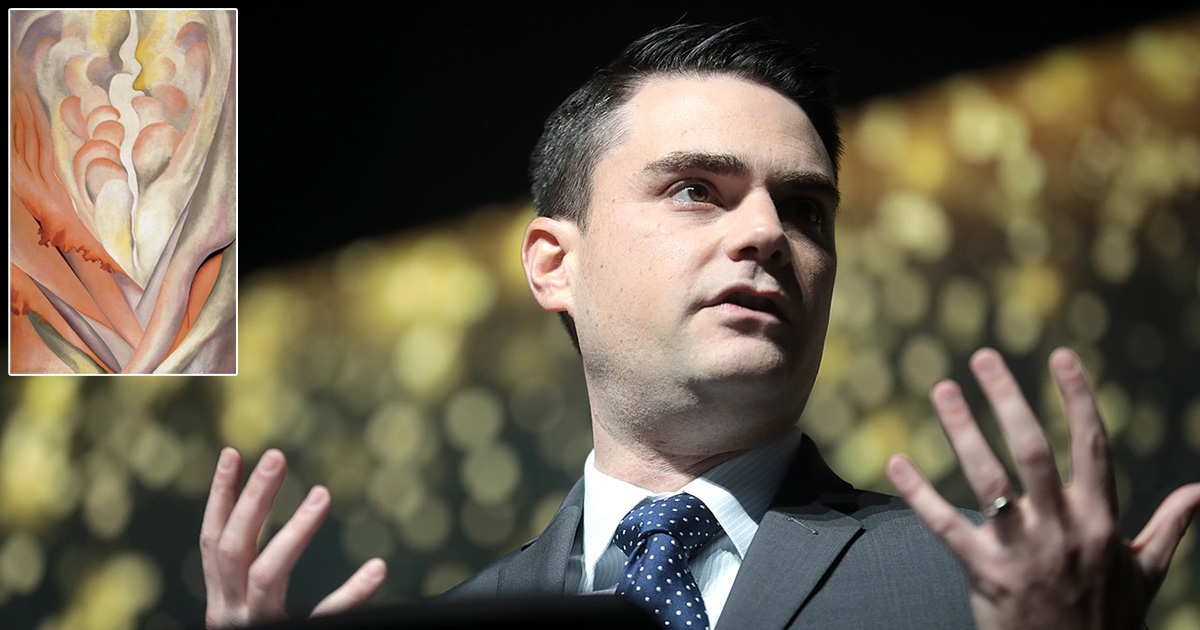 LOS ANGELES — Political commentator Ben Shapiro admitted today that he doesn’t like the paintings of renowned artist Georgia O’Keeffe because her works “look like absolutely nothing.”

“This is what’s considered art?” Shapiro commented, in his self-published YouTube video titled, “Ben Shapiro DESTROYS Georgia O’Keeffe in this clip.’’ “It’s just flowers. I have some in my backyard. Supposedly they’re supposed to look like something else, but honestly, it looks like nothing I’ve ever seen before — it’s just a collection of plants and desertscapes that, for some reason, make me feel anxious and extremely confused. If I want to see real art, I’ll look at something deep, like a Civil War painting or Dr. Seuss’ old stuff.”

Shapiro’s supporters from the intellectual dark web agreed with his scathing take on the non-issue.

“Kek kek kek bro be rite paintings trash,” Shapiro fan Frederick Hendrucks commented on the video. “It’s all make-believe anyways because it’s a painting and not a picture, duh.”

“All I see here is a warm glow reminiscent of the Northern New Mexican landscape and several soft, smooth and inviting curves that also pulsate with sensuality and really have me craving perfectly ripe peaches kind of out of nowhere,” agreed YouTube user DogPanttt06. “Don’t quit your day job, O’Keeffe.”

Sources say the Daily Wire founder was inspired to open his mouth again after visiting an art gallery that displayed much of O’Keeffe’s works.

“He was so confused and frustrated staring at these paintings. At one point, he challenged a painting to a debate and demanded it tell him what it’s supposed to look like,” gallery curator Denise Applewood recalled. “I couldn’t understand most of it, because his voice was so high and fast it sounded like an unhappy chipmunk record. Though honestly, it’s nice that somebody didn’t mistake her work for depictions of vaginas for once. Well, not consciously at least.”