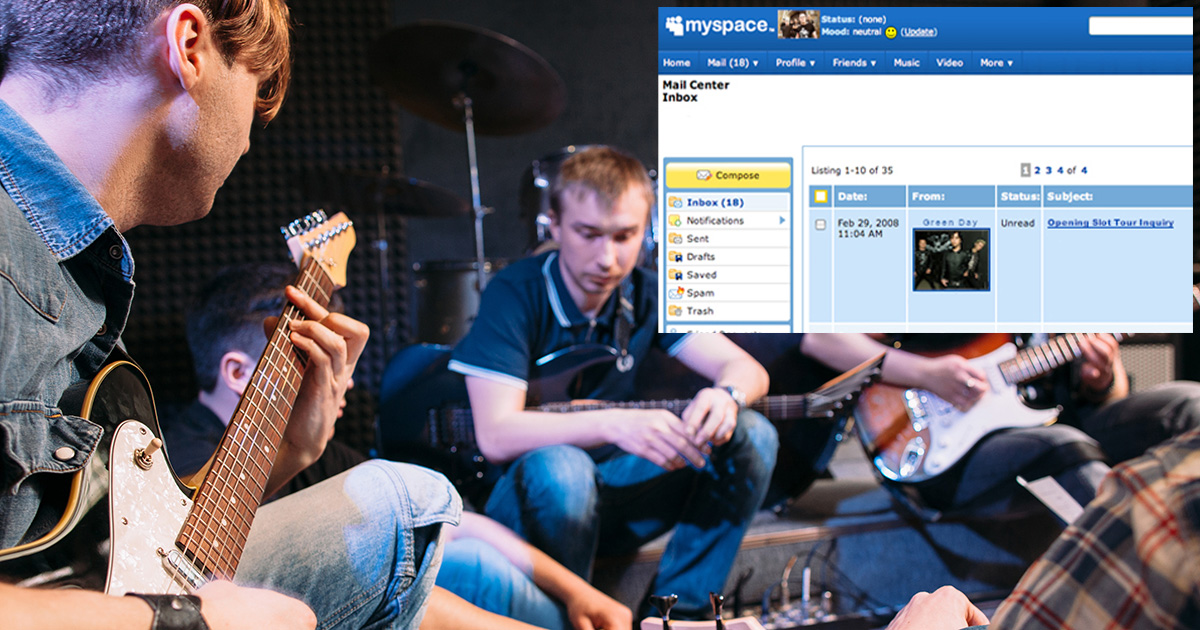 KNOXVILLE, Tenn. — Mid-level pop-punk band Cabbagepatchkids will never know how close they were to making it big, thanks to the total neglect of their Myspace inbox when the platform fell out of favor with users, government officials confirmed.

“Yeah… this is a pretty sad case. Those guys had four or five unread messages from decent record labels and an invitation to Warped Tour in 2006 that would’ve really put them over the top,” said an NSA official who asked to remain anonymous. “I tried to help them out at one point by sending an official looking email saying, ‘Asian Man Records wants to connect on Myspace,’ but they must have ignored it.”

“The only other time I intervened was when this one kid named Tommy Forbes was crushing hard on this girl Kaitlin Scarcia — she messaged him about a date, but he already switched over to Facebook,” the official added. “Long story short, I logged into his computer remotely, left the window open for him to discover it, and now, those two are married.”

Members of the band who work at various retail jobs in the greater Knoxville area and still play shows in bars from time to time remain completely unaware that success was within their grasp.

“I don’t have any regrets. We got to tour the east coast a few times, and once we even opened for SR-71,” said vocalist Kerry Leung. “Yeah, it would’ve been cool to do music full-time, but if we went that route I wouldn’t be managing a Lids in the mall — I’ll qualify for benefits in two months. I still think everything worked out for the best in the end. Life on the road gets old, and I like the comfort of coming to the same mall everyday for what’s felt like an eternity.”

Myspace founder Tom Anderson feels no sympathy for the band.

“Myspace was on top for six years. Six fucking years. Every hookup between scene kids in the mid-2000s was thanks to what? That’s right: My-fucking-space. But as soon as Facebook seemed cooler, you all jumped ship, and look how that worked out,” said Anderson while preparing to summit a mountain in the Andes. “Fuck these guys, fuck you, and enjoy another four years of Trump. Thank Facebook for that and suck my ass, you shitbags.”