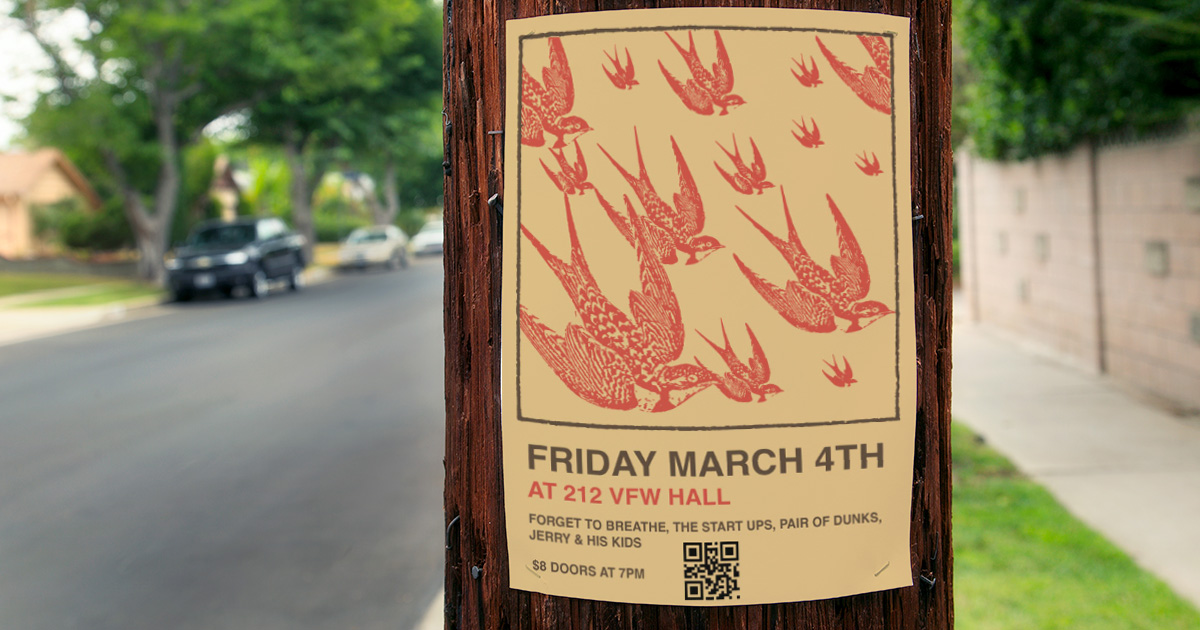 “I was really hungry when I was making the flyers, and opened a new tab to find some McDonald’s coupons. I guess when it was time to produce the QR code, I pasted in the wrong URL,” Otto laughed as he waved the rest of his bandmates into the VFW hall with a camping grill and other provisions. “I know, total rookie move, but I know this community, and I think we’ll all have a good laugh about it. We’re going to sling some homemade burgers by the merch table before our set, and hope that everybody’s a good sport. It’s the best we can do, and I hope everybody understands.”

Todd Garret and his family were some of the many residents that had their evening ruined by what they considered to be one of the most egregious forms of false advertising they’ve seen in recent memory.

“Not a single fucking sesame seed to be seen and they’re clearly using Thousand Island dressing instead of the signature sauce we all know and love,” said Garrett as he waved his burger back and forth in angry disappointment. “The pretenses in which I’ve been led to this venue were misleading. The burgers were free, but that’s beside the point. I’d gladly fork out the cash for a legit Big Mac, because I promised my family Big Macs, not some cheap imitation. Forget to Breathe? More like Forgot the Cheese. The opening band fucking sucked too.”

Promotion expert Kenneth Stillman weighed in on what is now known as the “Burger Debacle.”

“No matter what kind of promotion you run, you’re going to run into people who aren’t happy with what you’re offering. People are always going to play the victim and act like this entire event was orchestrated in some way to specifically inconvenience them,” said Stillman. “At the end of the day, it’s a numbers game. The more units you flip, the better you do. And when it comes to the average DIY show, people are grilling all the time. As long as everybody leaves with either a concussion or indigestion, I’d consider the event to be a resounding success.

At press time, Garrett was seen screaming at McDonald’s customer service on his cell phone while his family begged him to just stop somewhere else for dinner.