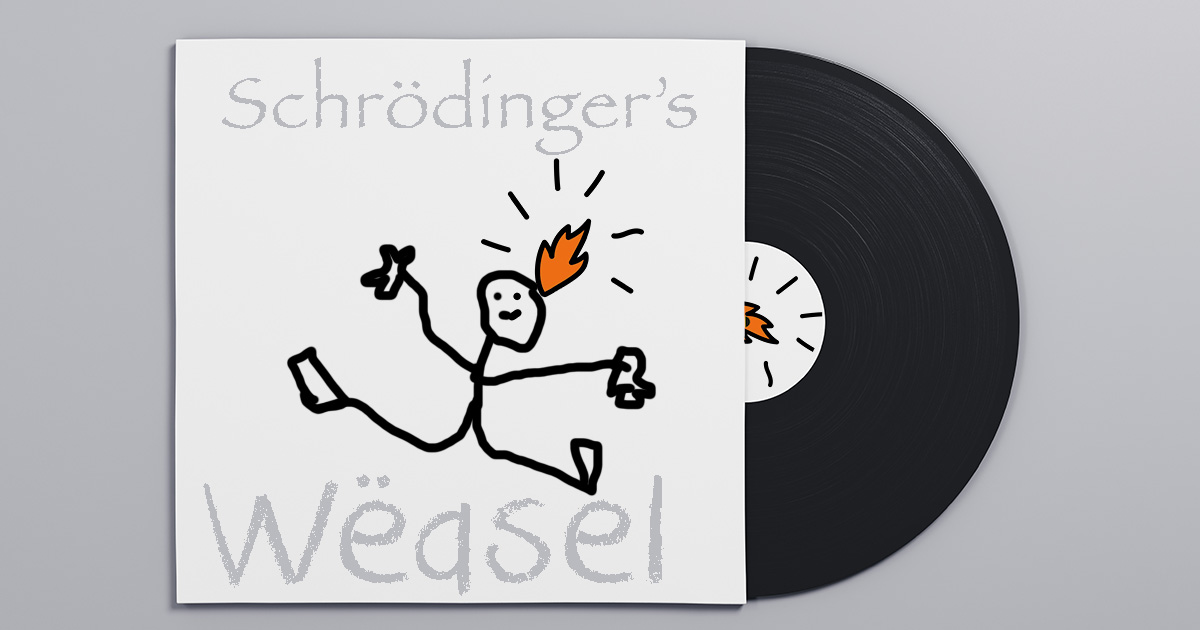 “I mean, yeah… when he first opened Photoshop, he just sat there, adjusting the canvas size for five minutes before saying he needed privacy to work,” said drummer Billy Jupri. “I don’t want to critique someone else’s process — I write all my parts alone in my car, using the steering wheel — but I didn’t see anything happen.”

Carr’s designs all allegedly bear the same, crudely drawn logo of a stick person on fire, with font choices rendered in a bland, corporate grey.

Indeed, Carr’s most recent design depicted what he insisted was a mosh pit, with his signature flaming stick person “tearing it the fuck up,” topped by the band’s name rendered in an arthritic scrawl.

“I don’t care what the fuck he claims it is,” said vocalist Jane Liu. “That shirt is clearly a bunch of stick figures around a campfire with a bunch of other sticks around them. Also, I’m pretty sure he did this in MS Paint. How in the fuck this took him five weeks to come up with is beyond me.”

For his part, Carr believes his bandmates are being too harsh in their misunderstanding of his work.

“I don’t see where they get off saying that stuff,” Carr said. “When I was in school, I used to doodle other bands’ logos in my notebook all the time. I’m actually super experienced for someone my age.”

At press time, Carr was updating his social media profiles to show his employment as “graphic design professional/lead songwriter of successful band.”