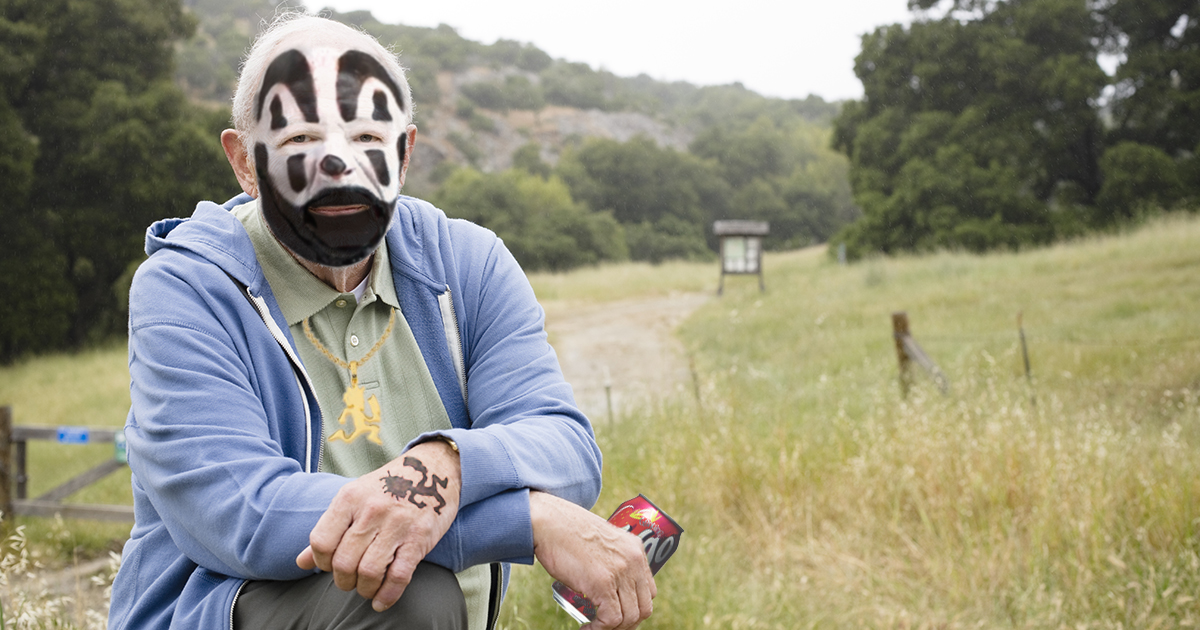 “Frankly, I’m worried for our future,” said the outspoken Syndrome. “These Millennial Juggalos don’t know their asses from their elbows! They’re a bunch of assed-out tricks who don’t have the work ethic to hatchet their way out of a wet paper bag.”

Syndrome admitted his worry grew after attending last summer’s Gathering of the Juggalos.

“It was some straight Jugga-ho behavior, to be completely honest with you,” noted Syndrome in between large pulls off a vape pen. “This one youngin’ was talkin’ shit about how Faygo’s loaded with high fructose corn syzurup or some shit, and that we should try drinking water every once in a while. That’s some seriously wack shit. For real.”

Syndrome blames parents in his age group for raising a generation of coddled, entitled “Juggaflakes.”

“Back in the day, we worked for what we wanted. Nobody handed me anything when I was coming up. Nowadays, these young Juggs show up demanding blunts and whip-its like they grow on trees or something,” barked Syndrome. “They’re lucky I don’t straight up whoop they scrub asses.”

Chris “Syko Santa Clau$” Conner, Syndrome’s longtime friend and a self-proclaimed “hatchet-wielding psycho killer,” recalled a confrontation Syndrome had with one young Juggalo at the most recent Gathering.

“My ninja Klown threw out a ‘Whoop, Whoop’ to this young buck walking past, and the kid didn’t even give him a return ‘Whoop’,” claimed Clau$. “Klown got in that kid’s face to throw down, but that Jugga-ho nurdled his pants and ran away. I wouldn’t be surprised if most Juggalos you see start coming from middle-class suburbia — that’s the direction we’re heading.”

The elder Klown fears that if Juggalo leadership doesn’t restore things back to the way they were soon, his generation will be forced to hang up their hatchets for good. Indeed, Janet “Daisey Dook” Kilmer, a leader of a Juggalette feminist movement, admitted she’s angered many older Juggalos herself.

“These playas were used to getting a clown job from any random Juggalette they wanted. But this is a new generation. We’re demanding sicker and sloppier clown jobs in return,” said Dook. “And we want equal representation in The Dark Carnival.”