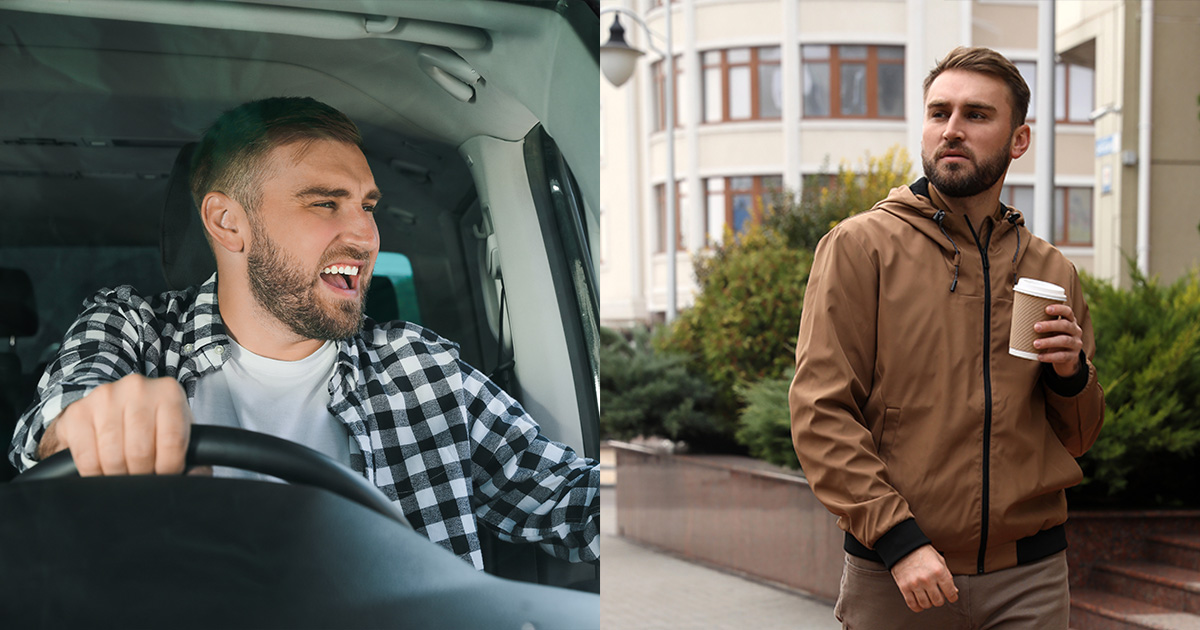 OMAHA, Neb. — Local personal trainer Chance “Hard Knock” Turner has been seen tearing across town in defiance of myriad traffic laws, solidifying his reputation as not only the worst driver but also the worst pedestrian in Omaha.

“I was picking up my kid at school and I see this dude in an orange Toyota FJ Cruiser pushing 50 in the school zone and blasting the Red Hot Chili Peppers,” Omaha resident Angie Franklin recounts. “A few minutes later, I run into that same douchebag cutting me off for a spot in the Home Depot parking lot, and he proceeds to take up two spots with his oaf car. Then I see him cross the busy street without looking up from his goddamn phone, and when he almost got hit, he screamed ‘I have the right of way, bitch!’ at the driver.”

Four other witnesses corroborated Franklin’s account, including the asshole-in-question himself.

“People can scream, flip me off, tell me I listen to shitty music, or toot their fucking horn, but I don’t apologize to anyone,” Turner explained, while aggressively pushing a crosswalk button. “ If you step in front of my car, I’m gonna hit your ass, and you hit me with your car, I’m gonna sue your ass. What’s the problem here?”

University of Nebraska Psychology Professor Ivan Cortes commented on the rise of this confounding behavior.

“The official term for this behavioral syndrome is Vehicular-Bipedal Narcissism,” Cortes shares. “Nationally, we have seen reports of this phenomenon for many years, but there has been a dramatic spike of diagnoses in the last decade, curiously aligning with the popularity of The Joe Rogan Experience. When timed incorrectly, any driver or pedestrian can find themselves on the wrong end of these people, and God have mercy on the poor souls who find themselves on a bicycle around them. I just hope they’re wearing helmets, and have a Valium prescription or something at home.”

At press time, Turner was seen harassing a salesman at a local electric skateboard dealership.