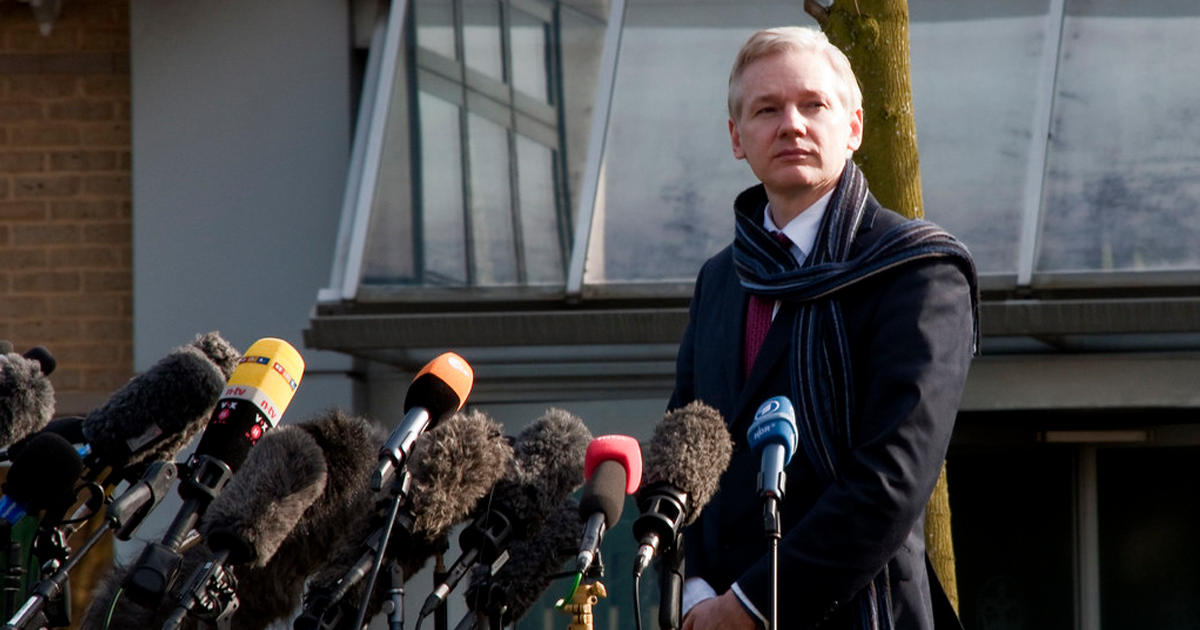 LONDON — Wikileaks founder Julian Assange was arrested in London this morning on suspicion of leaking the location of a secret show to a collection of dorks and posers, law enforcement officials confirmed.

“Assange was granted asylum in the Ecuadorian embassy, but after he released the address of a Street Savages secret show to a bunch of scensters President Moreno quickly rescinded that designation and we moved in,” said Metropolitan Police official Chauncey Wake. “Thanks to him, I had to miss the show because a bunch of wankers showed up early — he’s lucky cameras were rolling or I would have rearranged that smug face of his.”

Assange was forcefully dragged from the embassy and gave gathered reporters a thumbs up as he was taken to police headquarters. NSA whistleblower Edward Snowden condemned the arrest.

“Some critics may cheer, but this is a dark moment for anyone not cool enough to now know where the best shows are,” said Snowden while wearing a shirt that read “Listen to Julian Assange” across the chest. “Because of his bravery I was able to go to that Street Savages show and I was surrounded by like-minded fans who only heard of the band because one our favorite YouTubers mentioned them.”

Assange could be extradited to the United States on an indictment from the Eastern District of Virginia that alleges he bought all the Firehound limited edition tour LP’s in order to sell them for more money on Ebay.