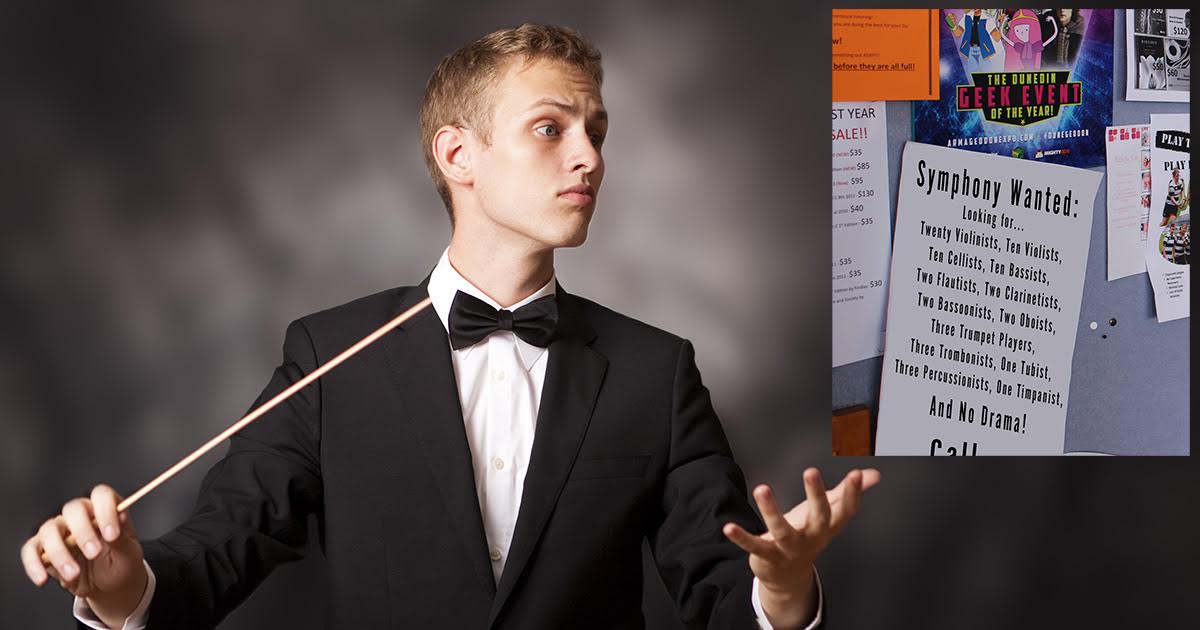 The flyer immediately drew the attention of many neighborhood residents.

“You see ‘musicians wanted’ posters around this area all the time for things like garage bands… but I’ve never seen one so ambitious that they wanted to start up an entire symphony orchestra,” recalled neighbor Pamela Higgins. “I’m not sure what the business model here would be. Are they going to play local shows at VFW halls until some concert hall asks them to play the ‘Star Wars’ score? Based off of what bands normally make per gig, I figure these musicians will take home around 17 cents each after it’s all split up.”

One potential applicant has already met with Stokowski about potentially joining the lineup, but sadly, it did not sound like a match.

“Yeah… within two seconds of talking to that toolbag, I knew it was gonna be a hard pass for me,” said local bassoonist and scumbag Jimmy “Double Reed” Cummiskey. “Too many rules for me, man: no drinking during rehearsal and zero tolerance for snorting rails backstage. He wouldn’t let me bring my ferrets, and I can’t even obnoxiously flirt with all of my female colleagues. I have my reputation to look out for — they don’t call me the ‘Bad Boy of Bassoon’ for nothing!”

At press time, Stokowski had yet to reach his goal of recruiting 70 musicians, and will instead start a “stripped down” folk-punk band with the 54 musicians he recruited.