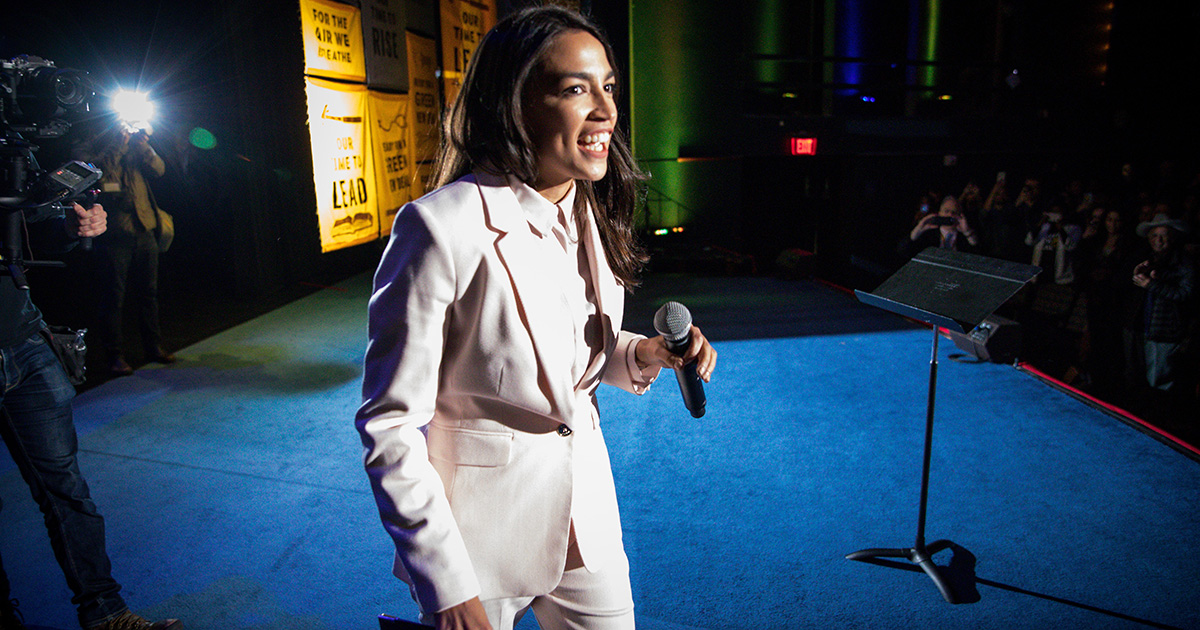 NEW YORK — U.S. Representative Alexandria Ocasio-Cortez became the first woman in the history of humankind last week to be encouraged to turn 35, the age a U.S. citizen must be in order to run for president, in a watershed moment for women everywhere.

“I know AOC is still only 30 years old, but is there anything she could do to turn 35 sooner? We need her in the White House now — we can’t wait five years,” said Michael Reyes, founder of the AOC 4 Prez Already, Hurry Up PAC. “I already have five different computer hackers on deck ready to change her birth certificate and all of her official government records at a moment’s notice. Seriously, I can call them right now.”

Many pundits speculate that encouraging Ocasio-Cortez to turn 35 may or may not help normalize the aging process for women everywhere.

“What we’re seeing here is really unprecedented. Historically, of course, women have been encouraged not to age, but rather to transform from ‘Baby’ into ‘Sexy Baby’ into ‘Rapping Grandma,’” said Terry Potts-Bailey, professor of Feminist, Gender and Sexuality Studies at Wellesley College and author of “From Out of the Cave and Into the Kitchen: An Exploration of Women’s Roles in Media, as Portrayed by the Media and the Portrayal of that Media.” “It’s difficult to grapple with what sort of ramifications the encouragement of a woman turning 35 might have on the country — and the world, even — or if this is just one very particular, special case. What’s next, letting a woman French-braid her long, grey hair? Trust me, people don’t like that.”

This sudden and ardent support for Ocasio-Cortez turning 35 — and potentially one day getting even older — could possibly change the way young girls are raised, in illustrating there’s a world where it’s O.K. for them to no longer be a “barely legal” teen.

“I tell my daughter she can be whatever she wants to be when she grows up,” said local mom Tara Zakarian. “Of course, I don’t really believe that. But I would like to imagine a world where she doesn’t have to lie on her dating profiles, or ‘turn 29’ for the sixth year in a row — a world where she can have the egregious sex scandal and not have to resign from office. Hopefully that’s what we can expect from an AOC presidency someday.”

As support for Ocasio-Cortez’s potential aging continues to grow, scientists from MIT are researching a gene sequence that would allow her to turn 35, but not age one single day after that.