Anxious Punk Relieved Show Too Loud to Hear Himself Think 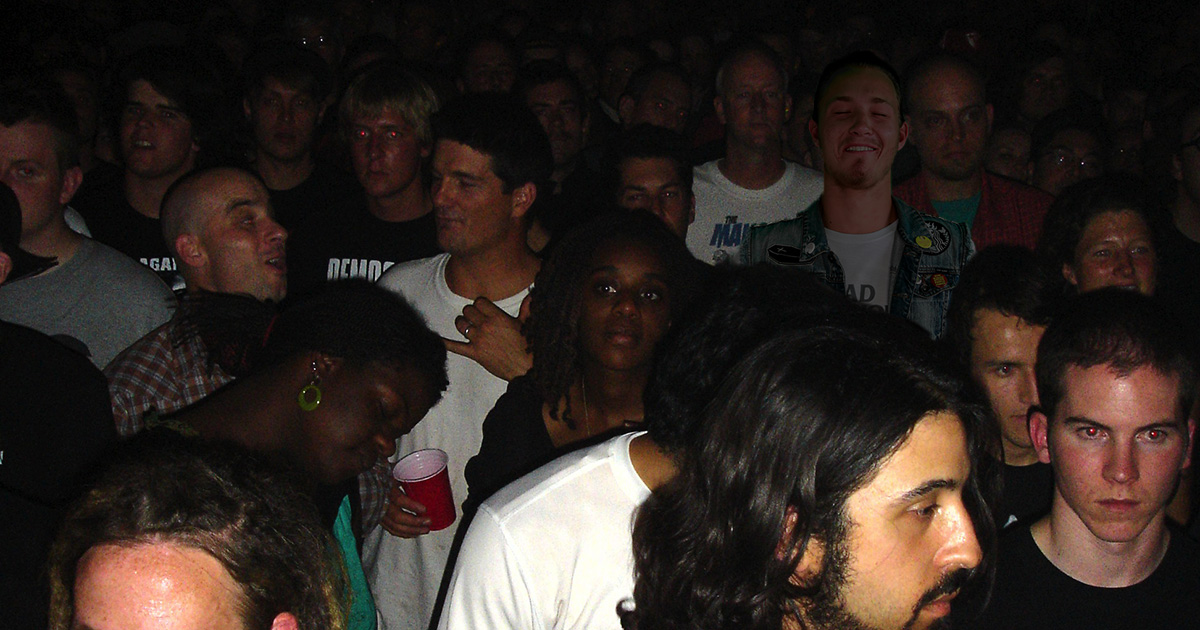 ST. PAUL, Minn. — Local punk and notorious overthinker Ben Handley was relieved last night to attend a show so loud, he couldn’t even hear himself think any of his 10,000 pestering thoughts, a delighted source confirmed.

“It’s a nice reprieve from my normal thought process,” said Handley, visibly relaxed and at peace with himself for the first time in weeks. “Normally at that point, I’d be thinking about how I was five minutes late to work last Thursday, and that they’re probably gonna fire me for that. But thanks to a borderline-illegal soundsystem, all I could hear is how loud all these bands were.”

“Even when the bands stop playing, it’s still loud as fuck in there. Somebody kicked in a speaker, so there was constant feedback, and this one drunk guy in the corner was yelling for no reason, pretty much nonstop,” Handley said. “I had to abandon obsessing over some stupid thing I said to a cashier yesterday, and I didn’t even think about disappointing my parents once.”

“Anxiety is a very serious issue, and should be taken seriously,” said audiologist Gwen Thongtip. “Also, he’ll be deaf by the time he’s 30 if he keeps this up. He should really look into insurance… or at least stand near the back, with all the older people.”

Despite Thongtip’s warning, backed by damning evidence that clanging guitars, pounding drums, and screeching, off-key vocals creating a cacophony exceeding 130 decibels may be enough to permanently damage one’s hearing, Handley found no cause for alarm.

“Yeah, earplugs would be good… but, honestly, I don’t really care if I get tinnitus. I’ll take a high-pitched ringing over my own thoughts any day,” he said. “Who knows? Maybe I’ll get lucky and the ringing in my ears will stay until tomorrow to keep me from worrying about losing my hearing. God, I bet I would get so much stuff done if it did.”