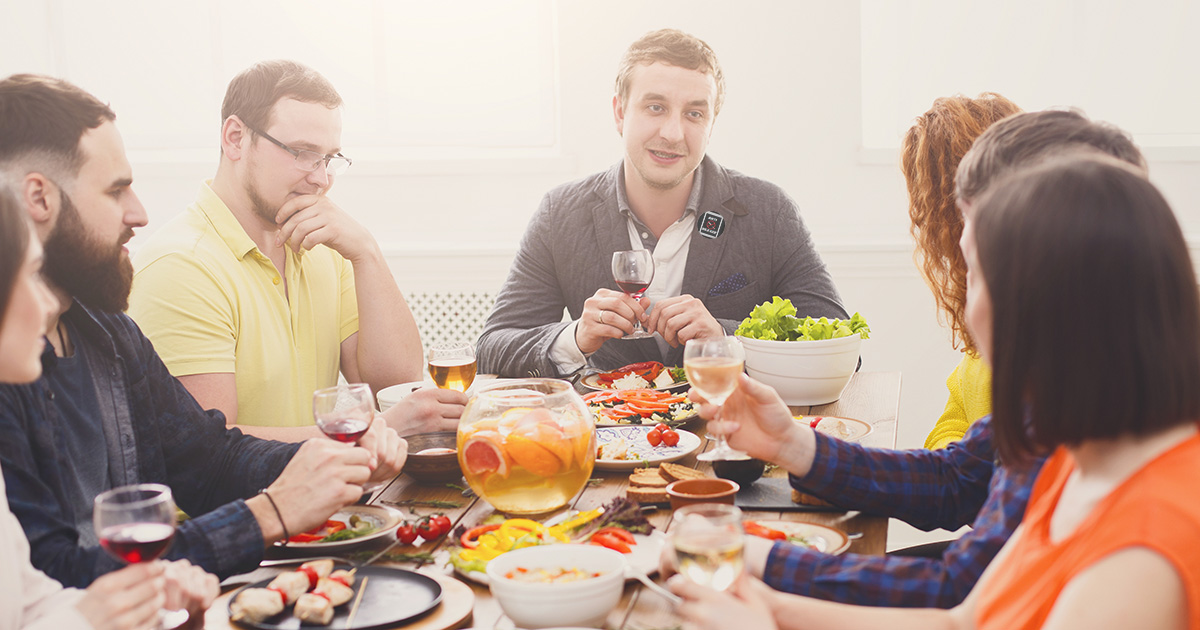 NAPLES, Fla. — A dinner party last night was left in tatters after an anti-vaccination activist and 9/11 truther used the event as a forum to push their discredited views, annoyed sources confirmed.

“I just feel terrible that people I invited ended up subjecting people I care about to such idiocy,” said distraught host Emily Powell, chain smoking on her back porch. “I thought they’d be able to keep it chill for a couple hours… but as soon as people settled in, they pounced like a cat stalking prey. They both had pamphlets riddled with spelling mistakes, and showed everyone poorly made conspiracy theory videos on their phones.”

Witnesses reported the party first took a downward trajectory during pre-dinner drinks, when the two guests each cited fringe blogs in casual conversation before shutting off the music and launching into full-blown rants about their respective beliefs.

“At one point, both of them singled me out, telling me to ‘wake up’ and that I ‘probably love licking the boots of the government mind control police,’” said dinner party attendee Pete O’Brien. “Ultimately, I pretended to take a phone call and just went and sat in my car for a while. I felt bad for everyone still left inside — there’s only one bathroom to hide in, so that means at least five people got ‘educated.’”

Anti-vaxxer Rachel Evans was unphased by the criticism.

“I just can’t sit around and let these people remain ignorant about the poisons turning a generation of kids into zombies,” said Evans. “I’m sorry if your mashed potatoes don’t taste as good with a side dish of truth, but I’m not going to remain silent.”

“All I am saying is jet fuel can’t melt steel beams,” said Mitchell while wiping profuse sweat from his forehead. “If you really want the truth as to what happened, just look at Tower Seven.”

Unable to salvage the evening, Powell cited the “late” hour and post-party clean-up when ending the gathering.

“I guess things just are out of your control sometimes,” remarked Powell, now preparing to introduce her police officer father to her civil rights attorney boyfriend.