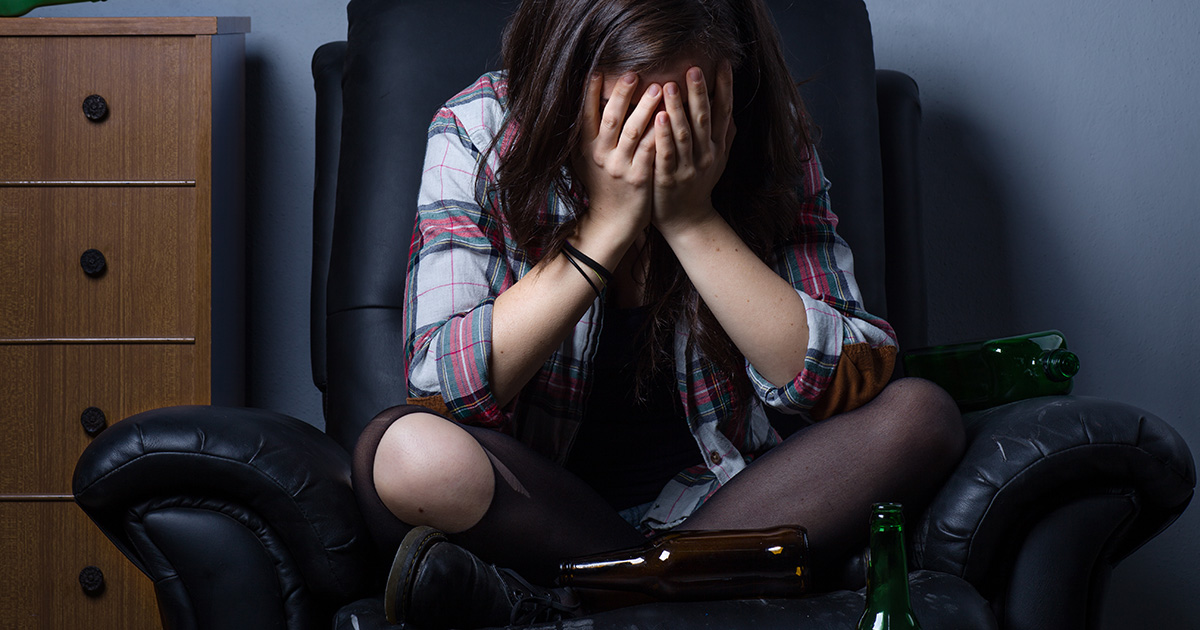 “Woooooooooo! You’re all a bunch of fuckin’ pussies, and you can suck my fucking dick,” yelled Foster from the living room she shares with two friends. “I could beat the shit out of every one of you ugly mother fuckers, and there ain’t nothing you could do about it.”

“I’ve already watched this stupid television show. Play a fuckin’ different show! ‘Better Call Saul’ fuckin’ suuuuuucks, duuude,” she added. “Which one of you little wieners wants to buy me a drink? Get a fucking clue, loser. Do you even know who my fucking father is?”

“Mattie is usually one of the sweetest and caring people around, but as soon as she starts drinking, she turns into a totally different person. Every few days since March, she’ll start a ‘Spotify Emo Night’ in the kitchen, get blackout drunk and then try to fight me,” said longtime friend and roommate Emi Yuen. “I was on a Zoom call with my team at work last Wednesday, and she burst into my room totally hammered and tried to tell me about the time she fed a turtle a carrot. And when I told her to give me 15 minutes, she started yelling about how she could ‘knock me out with one punch,’ and then later I found her crying in the bathroom. It sucks.”

Annoying drunks all over the country are struggling to stay motivated to tell long, rambling stories to strangers and start fights while stuck at home.

“Let me… let me tell you a little something about this whole ‘pandemic,’ O.K.? At first everyone was like, ‘Oh no, I’m gonna die, the big, bad, scary bug is gonna kill my lungs,’ but now everyone is like, ‘Lemme eat the bug so I can go dance,’ and I get it, I get it,” slurred Damon Lapinski while drinking heavily at 10 a.m. “But I get it — my neighbor already called the cops on me because I threw a basketball at his ugly kid. Not my fault the kid is a fat baby who can’t catch.”

Drunks are allegedly not alone in their hardship, as experts claim the nation’s collection of guys who “start pits for no apparent reason” are struggling just as much in quarantine.