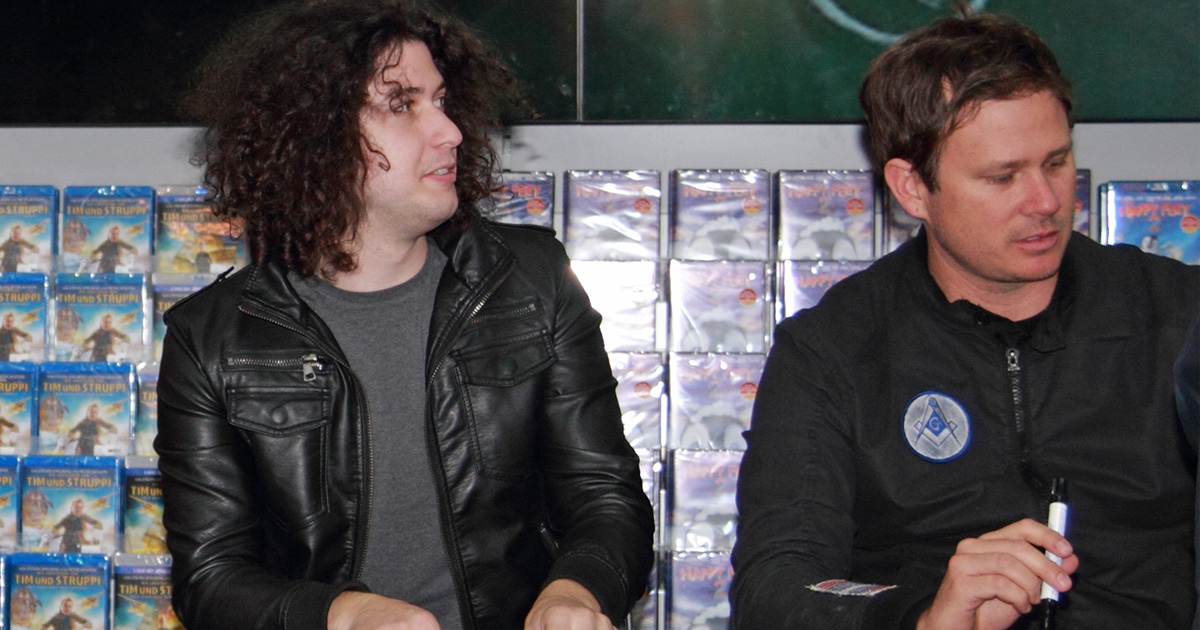 SAN DIEGO — Tempers flared earlier this week as drummer Ilan Rubin and frontman Tom DeLonge went for another round on an argument that has plagued the band from day one, sources close to the band report.

“I can’t believe I’m doing this again. We let Tom write a whole album about aliens this time. The fact that we got him to name it ‘Lifeforms’ and not just ‘Aliens’ is a miracle. And yet here we are, having the aliens-should-be-in-the-band-name fight again,” a frustrated Rubin explained. “Is he honestly concerned people don’t get that he’s into aliens? We used to be able to hold him at bay. But ever since the Pentagon declassified his UFO videos he’s been doing a nonstop victory lap.”

Jerry “Allen” Pike, their trusted merch guy, has seen this heated debate before.

“I can see both sides. Tom’s got a point. He has been selected as the Rosetta Stone between humans and extraterrestrial beings. That’s a lot of responsibility. It’s like… how is anyone supposed to find out if you don’t start a band about it? But on the other hand, we’d have to reprint a lot of merch if we changed the name,” he said, as he anxiously peeked over his shoulder at a mountain of boxes. “I was with them back in the Atticus days. People think that’s a ‘To Kill a Mockingbird’ reference, but not at all. Tom wanted to name that ‘Aliens’ too. It’s just a compromise. He just digs names like Aliens. Wait, is that why he keeps calling me Allen?”

Old bandmate, Mark Hoppus, was not surprised by the news at all.

“Let me guess, he wants to do another Alien thing?” Hoppus said after a long sigh. “Look, this is the guy who made Joe Rogan look like the sane one on that podcast. He launched the alien company, he writes alien screenplays, he’s making an alien documentary. He’s either gonna give this band an alien name or he’s going to start a new alien band.”

At the time of press, DeLonge could be seen wandering around San Diego with a stack of ‘& Aliens’ posters and a bucket of wheat paste.