Andrew W.K Releases His Calendar From 1982 to Prove He Was at Every Party 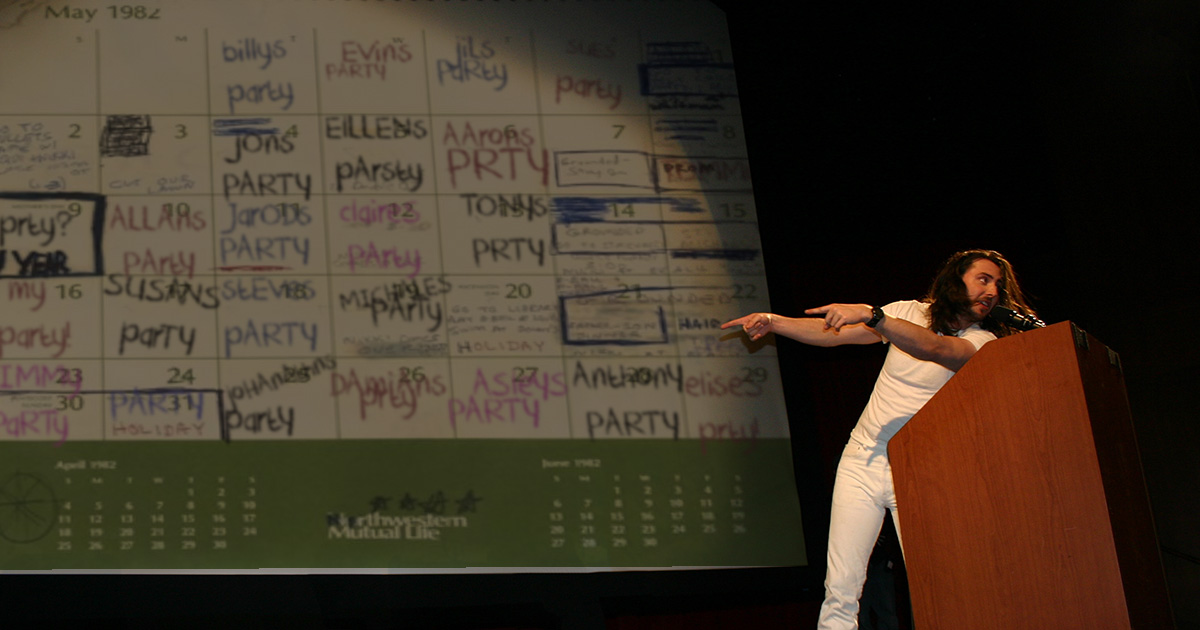 ANN ARBOR, Mich. — Hedonistic rocker Andrew W.K held a press conference today to address accusations that his stage persona may be a “gimmick,” releasing his personal calendar archives as evidence that he was, in fact, at every single party in 1982.

“Any claims that I have not been fucking shit up my whole life are part of a calculated hit,” shouted a visibly upset W.K, flipping through a heavily annotated SMURFS calendar found in his parents’ basement. “I partied my tail off to be here — whether a birthday party, a wedding, or even a tea party, I was there.”

“Yeah, I drank apple juice with my friends,” he added. “Almost everyone did. Sometimes, I had too much apple juice; sometimes, others did. Let me be clear, though: I liked apple juice, I still like apple juice, but I did not drink apple juice to the point of wetting my own pants.”

To help unequivocally prove his behavior has always been “wildly outrageous,” W.K revealed more details than most felt was needed.

“Did we thurp? Of course we did,” said the 39-year-old of a recurring phrase found in his baby book, which experts confirm refers to flatulence. “Of course we thurped. We were three. Thurps were funny, and they smelled. My buddys Squeak, Toby, F-F-F-Fudge — all big time thurpers. But that’s what happens when you’re in the ‘Devil’s Quadrilateral,’ which was a little playpen my parents put us in for time-out.”

For their part, W.K’s family defended him against the potentially damaging claims.

“My son is, and has always been, a fucking animal,” W.K’s father, James Krier, said vehemently. “I remember, at a classmate’s 4th birthday party, he head-butted a piñata open, then ate all the candy with the wrappers still on. And during during our family’s beach week, he ate an entire, large “meat lovers” pizza. He was only 9 months old.”

Added Krier tearfully, “And he didn’t even ralph. He didn’t… even… ralph.”

At press time, Andrew W.K was rummaging through more old boxes, looking for a baby rattle he claimed was actually a 5-pound dumbbell.