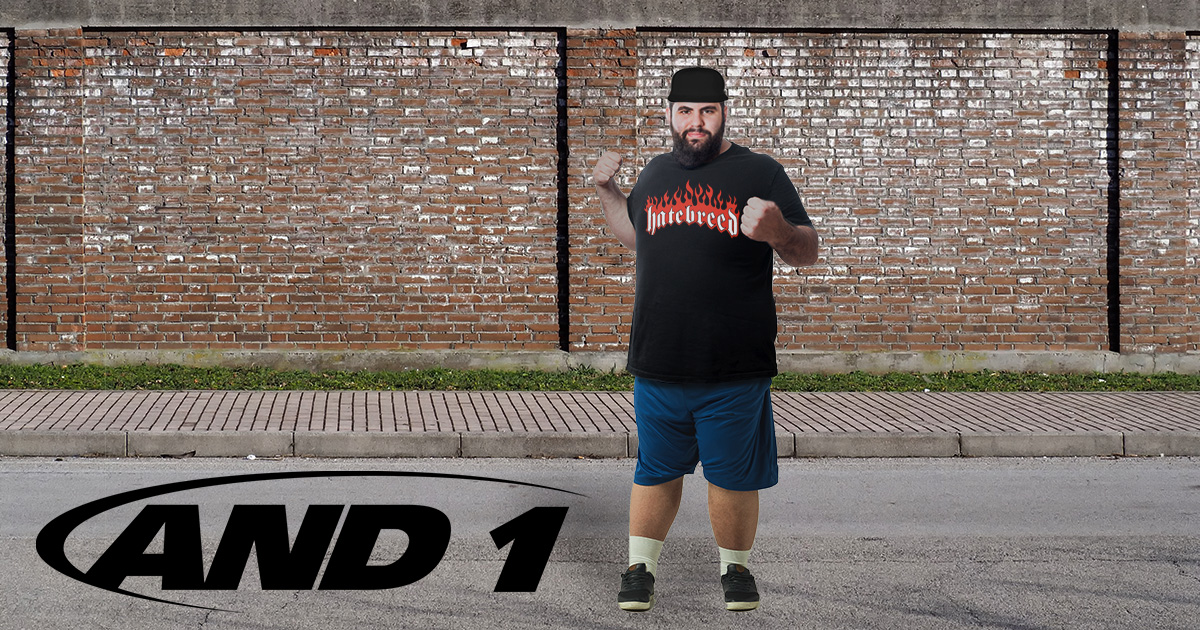 “I know our slogan is ‘All ball, nothing more,’ but over the past few years we haven’t been putting up the sales numbers we used to,” explained NBA All Star and And1 Creative Director Kevin Garnett. “A few years ago, our team noticed a strong correlation between hardcore festivals and a spike in sales for our shorts — we literally have no idea why this is, but after the Have Heart reunion show of 2019 literally saved our company from bankruptcy, we knew we had to shift gears and refocus our marketing before any of the other companies caught on.”

In the spirit of the early And1 mixtapes, the company teamed up with Hate5six to highlight their first sponsored mosher, Riley “Two-Step” Williams, for the new line of shorts.

“It truly is an honor to represent And1 in the hardcore scene. I’ve been a huge fan of basketball shorts for almost a decade, even though I can barely dribble a ball,” the company’s newest athlete revealed. “People used to tell me that cutting together compilation videos of my best stage dives and mosh moves was ‘some dumb poser-ass vanity shit,’ but look where it’s got me! Years of picking up change in the pit finally paid off.”

The news received mixed reviews in the company, however, as some who have been with And1 from the beginning aren’t sure about the transition.

“I’m just confused,” And1 legend Grayson “The Professor” Boucher admitted. “The other day, I was shooting some hoops at the park, and these dudes wearing basketball jerseys, shorts and Air Force 1’s walked by. I asked if they were trying to ball, and one guy said, ‘The only ball we give a fuck about is Madball, you fuckin’ poser.’ Then they laughed at me and walked away. I’m still not sure what the fuck they were talking about.”

At press time, “Two-Step” Williams was seen crossing over punks in the circle pit of a Rotting Out show.