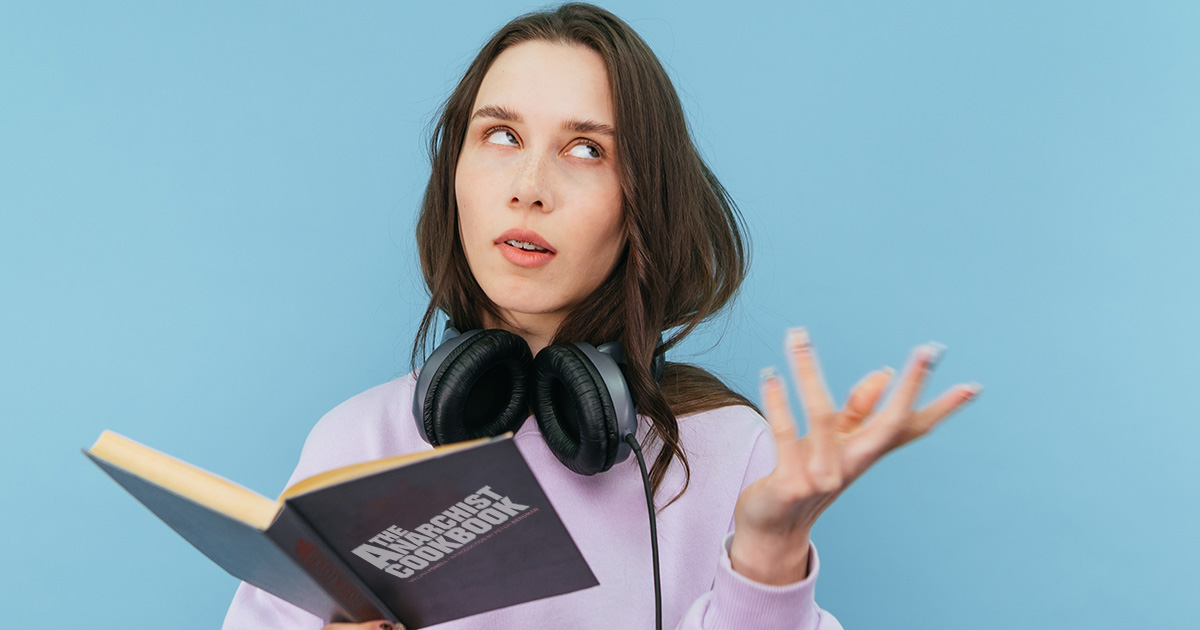 “They just go on and on about how he has fond memories building homemade bombs with his grandma, and how his mom built him his first land mine, and all this other bullshit,” said local punk and shit-stirrer Claudia Smith. “We just want to know how to fuck shit up, not learn your life story. Jesus Christ. I got 7 pages in before I completely lost interest in learning how to optimally huck a flaming bottle of gas into the principal’s office. So instead of playing a senior prank, I just dropped out. Fuck it.”

The publisher had asked the late author’s brother Steve Powell to write the lengthy introduction for the latest edition.

“These kids today just don’t appreciate DIY explosion manufacturing history like they used to,” said Powell as he served a 20-year sentence for arson. “That recipe was passed down over generations and I won’t apologize for how much it means to our family. Sure, you could just jump to the recipe and get started, but you’d only get a fraction of the context. Did you know they used to make Molotov cocktails from cured sheep stomachs, old whiskey, and whale oil? In fact, my great grandfather was the first one to say ‘let’s put something super explosive into an everyday household object that will also shatter and really maim passersby.’ I’m proud to tell my family’s rich story through recipes for makeshift explosives.”

The book’s publisher weighed in on the controversial new edition.

“You’d be surprised at how many books you can sell when you add a mere 10ish extra pages of content to it years later,” said publisher Serena Clark. “Up until the nineties most people thought that the book was illegal and you’d be arrested if you were caught with it, so naturally when they saw a new edition in a store they snatched it up. However, reviews so far are about as bad as that time we published the ‘Unabomber Manifesto’ from notorious domestic terrorist Ted Kaczynski. Who knew manifestos weren’t literary moneymakers?”

At press time, Smith decided to avoid the book’s bullshit introduction altogether and learn recipes for explosive devices from Reddit.