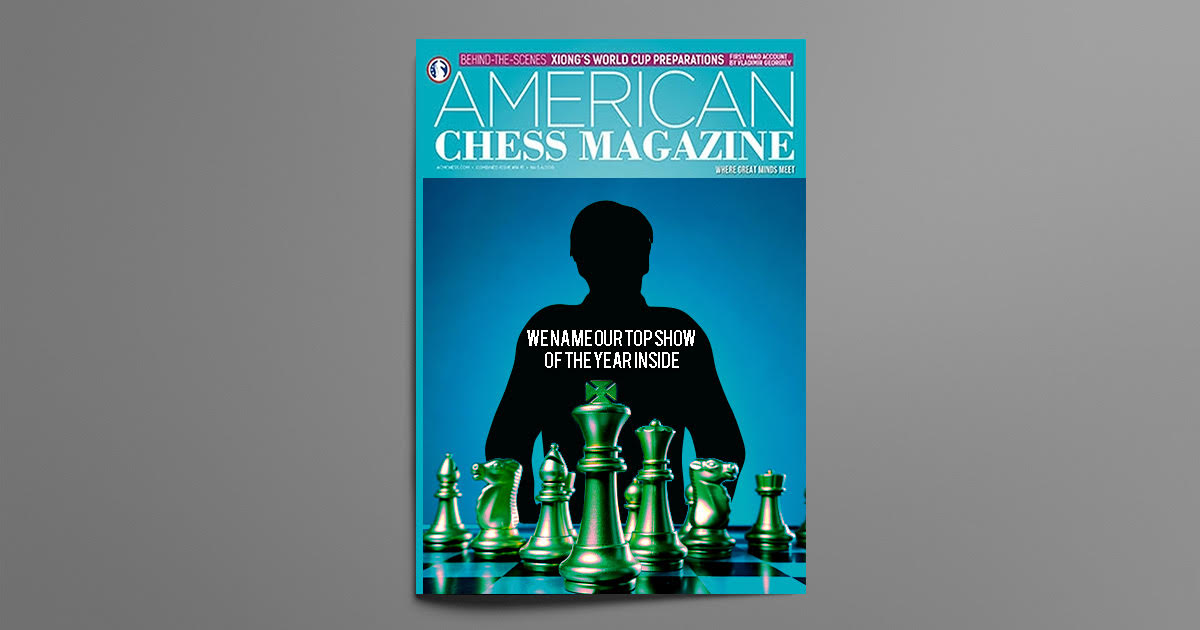 AUSTIN, Texas — For the first time in history, American Chess Magazine will release a list of their Top 1 TV Shows of 2020, leaving chess and TV fans alike with bated breath.

“The whole office is buzzing with excitement as to which TV show we’ll choose,” said editor-in-chief David Lidal. “We’re quite calculated in everything we do, so it took the other editors and I 13 minutes and 9 seconds to choose our favorite show from the past year. It wasn’t easy, but one show in particular stood out to us. Dying to know what we picked? Well, you’ll have to grab our latest issue.”

The only people more excited than the staff of American Chess Magazine are their subscribers.

“ACM loves giving recommendations — like, where to put a knight or a pawn. Sometimes they recommend where to put a bishop or a rook; hell, even a queen. It’s wild. But a TV show to watch? I have no idea what they’re going to select,” reported Michelle Falls, an amateur chess player. “Personally, I thought ‘Queen’s Gambit’ was pretty good, but there’s probably dozens of other shows from this past year that center around the amazingly popular game of chess, I assume. Plus, the writers at American Chess Magazine always surprise me. They’re like the rebels of chess, always telling readers to put pawns in new places you’d never think. I wish I could be that bad ass.”

While subscribers may not know which TV show the magazine will choose, TV critics aren’t fooled.

“Oh come on. It’s ‘The Queen’s Gambit,’ you idiots,” shouted TV critic Mort McFeeley from a comfortable recliner. “This happens everytime a TV show comes out about a niche subject. We saw it when Missouri Magazine named ‘Ozark’ the top show of the year, or Speed & Crank Quarterly called ‘Breaking Bad’ the greatest show of all time. Leave the rankings to the real critics, like me, Mort.”

At press time, American Chess Magazine has allegedly lost half its subscribers — over 75 people — after revealing their top show of 2020 was inexplicably “Love is Blind.”