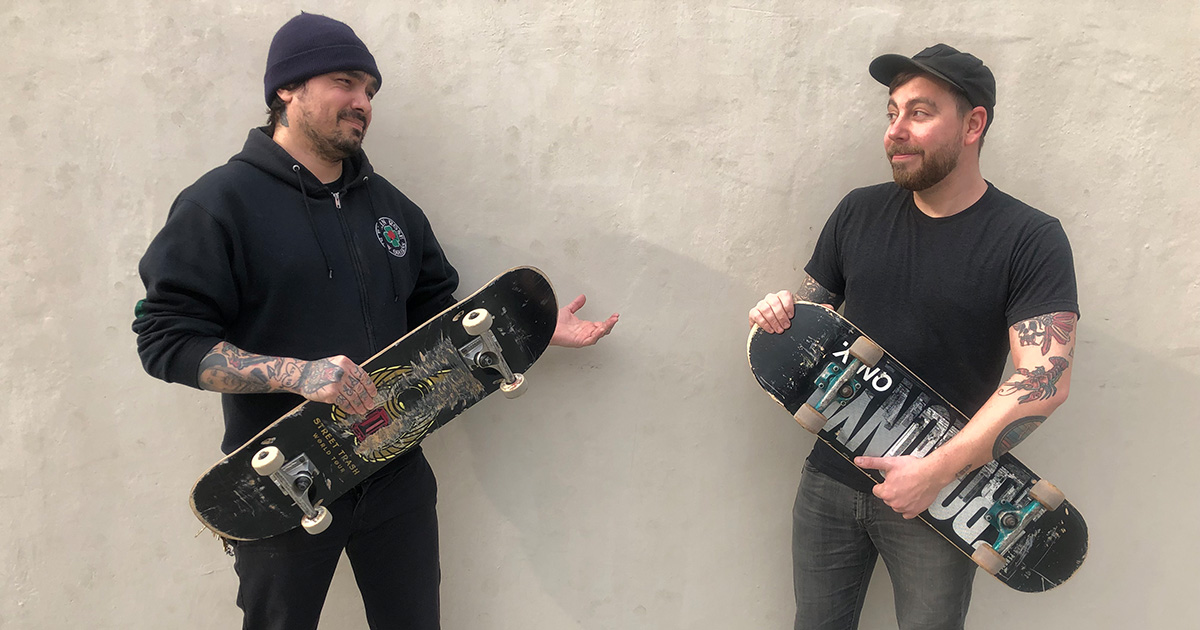 “I haven’t been super into skating since my early 20s, especially with how hard it’s getting on my body,” the 37-year-old scene mainstay admitted while staring forlornly at his faded ink. “But I don’t have a choice: if I can’t skate, it means I must die. My tattoo is pretty firm on that point. It’s something I have to do every day to survive — like drinking water, or bussing tables.”

Ireland’s longtime and supportive girlfriend, Jackie Dong, clarified that he mostly satisfies his lifelong commitment by just skating down the block to catch his bus to work.

“I mean, I get that skateboarding was a huge part of his life… but I wish he’d committed his body to something less physically demanding,” Dong said. “Like a, ‘Get eight hours of sleep or die’ tattoo or something. Or maybe just a peace symbol.”

Tensions rose after Ireland failed to land a simple boardslide last week — at which point, he reportedly reached out to friends and family to begin end-of-life arrangements.

“Mike texted me last week, asking me to make sure I don’t let his band replace him with some poser, and to not let Jackie fuck his brother at his funeral ‘…unless she’s extremely upset and that’s the only thing that will give her peace,’” said longtime friend Eric Fairchild. “I don’t really know what’s up with him, but if this is some weird Marie Kondo thing, then I’m out. I don’t have time for this shit.”

However, Dr. Olga Stevenson, Ireland’s primary physician, confirmed that the confused punk was “more or less healthy, considering his age and alcohol consumption.”

“The whole thing makes zero sense. I think he really believes he’ll die if he stops skateboarding,” an exasperated Dr. Stevenson explained. “But, when I suggested he wear a helmet or find another exercise activity, he stared at the floor in silence for five minutes, said to himself, ‘It’s all over,’ and started weeping in my office.”

At press time, Ireland was seen consulting a local tattoo artist, with the intention of outsmarting death by adding “…or don’t” to the end of his tattoo.

Photo by our friends in Pass Away check them out on tour this April.