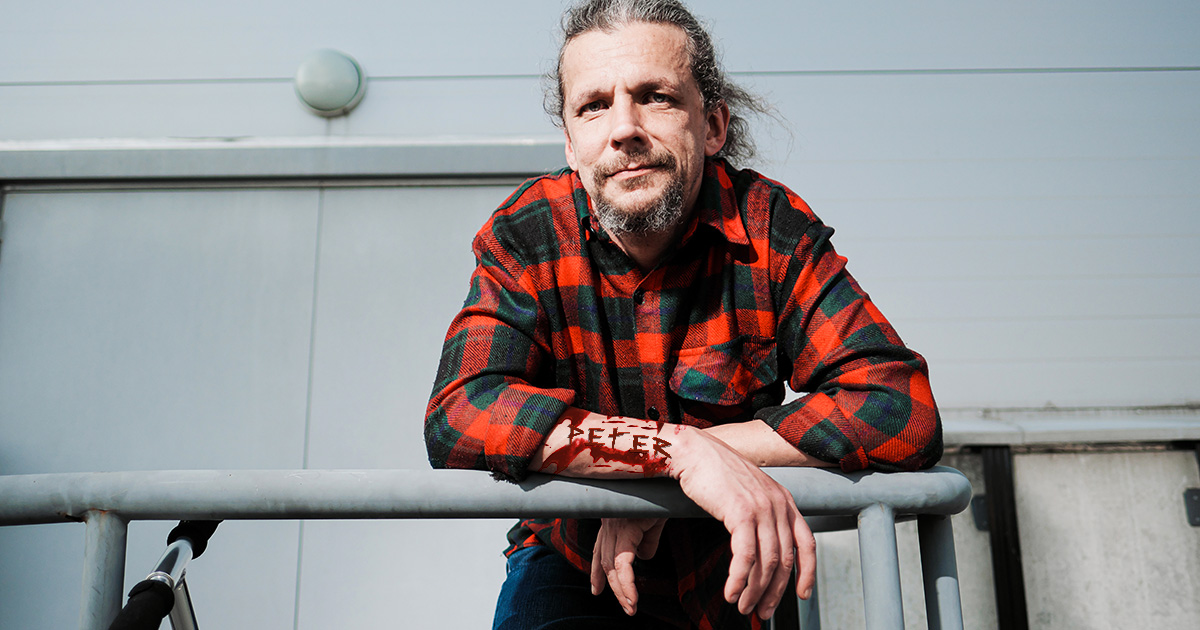 “I’ve always felt showing off the grandkids with pictures from your wallet came off a little obnoxious, and I figured I could get more creative with it. I got hepatitis C and tetanus while simultaneously carving those names on me — if that doesn’t say ‘I love my grandkids,’ then I don’t know what does,” said Makowski, recovering at a nearby hospital. “My only regret is my heavy hand: I went so deep carving the ‘R’ in Henry and nicked an artery; I almost bled out on the newly refinished linoleum. My wife came in to find me on the ground looking like the cover of a Mayhem album. I really got an ear full from her later that night.”

“Yeah, this isn’t the first time Dad’s gone a little overboard showing his affection towards a loved one,” said Ward. “On my 13th birthday, he sacrificed a goat to the demon god Baphomet in hopes to bring me good luck for the year. The screams of that goat being brutally slaughtered still haunt me to this day, but I know behind those screams, there’s a loving father trying to make his little girl’s birthday a special one.”

The eldest of the two children, Mitchell Ward, agreed.

“When grandpa said he had a surprise for me and my brother, I was really hoping it was new skateboards. But, no — it was a bloody arm I could barely read,” said the young boy. “Mom said that’s how grandpa shows his love, so I carved the name of a girl that I have a crush on in my own arm. But I got suspended and I have to see a therapist twice a week. It isn’t fair.”

While recovering, Makowski is planning his upcoming 75th birthday party, which promises “food, fun, and a total bloodbath” on the Facebook invite.