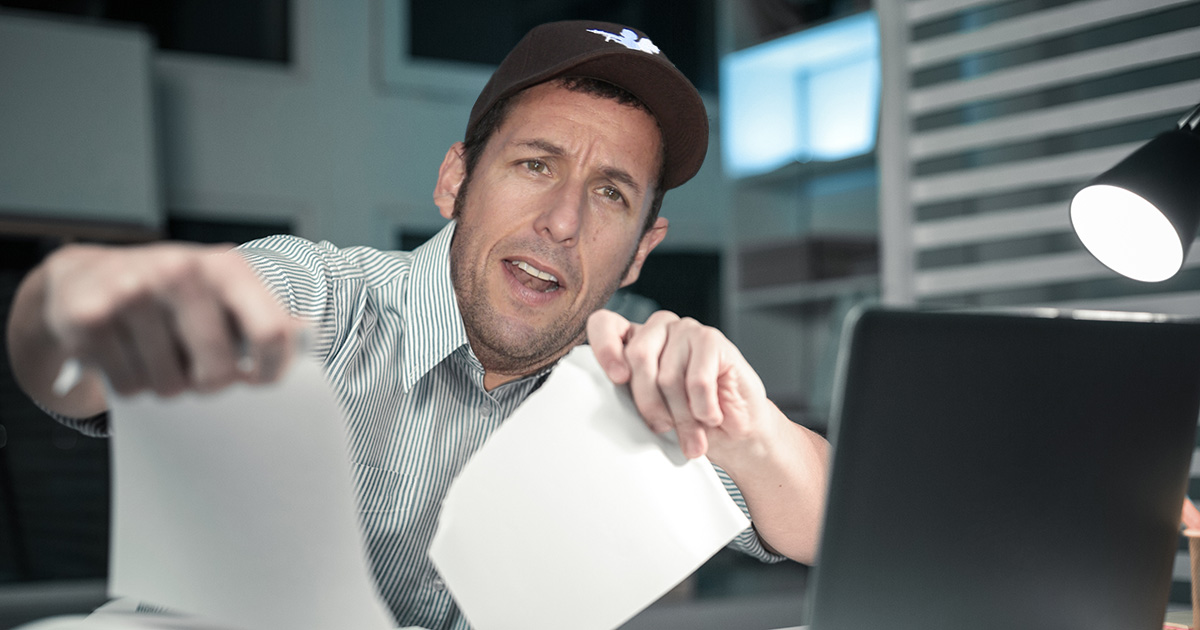 LOS ANGELES — Actor and filmmaker Adam Sandler was forced to dispose of the screenplay for his new film “Hank Lieberman: Ghost Detective” after news of a man tasing himself in the testicles until he died rendered the plot of the movie unoriginal and derivative.

“God fucking dammit, fuckin’ son of a bitch, shit! Eight months down the fucking drain,” exclaimed the frustrated Sandler, feeding pages of the script into a shredder. “Of course I’m upset. The whole movie revolves around a guy who tases himself in the nuts like a big dumb idiot and dies but then becomes a ghost helping other ghosts solve crimes. This was gonna be the one I retire on, and now it’s nothing. Shit, now I gotta call Schneider and tell him the whole thing is off. This is gonna break his heart.”

After the attempted coup in Washington, D.C. this past Wednesday, the treasonous and hilarious situation caused production on the upcoming film to halt.

“It’s not just the writers and actors who are hurting, this circumstance is taking a lot of jobs on set,” said Nathaniel Burke, an associate producer at Happy Madison. “This film was greenlit because it was so absurd we didn’t think it could happen in the real world. It kind of throws a wrench in everything else we have coming up. We had another project where a gang of racist white uncles trying to commit federal crimes won’t stop posting about committing federal crimes on Facebook. That just got shit-canned too. We’re done.”

News of this cancellation comes as a disappointment to many fans, for whom the often mindless films of Sandler are a welcome departure from the trauma of current events.

“I watch these movies because I love how improbable they are. It’s not the same when something like that happens in the real world, then we all have to take it seriously and pretend it’s not like the dumbest thing we’ve ever heard,” stated Madison, Wisconsin resident, Vicky Fleming. “Honestly, I don’t know what’s real anymore. Is there really a remote that can pause and rewind time? Do women really want to fuck David Spade? I don’t know what the fuck is going on anymore.”

At press time, Sandler has reportedly begun writing a film about “A mailman who has to deliver a bomb, I don’t give a shit,” as well as wrapping production on “Don’t Mess With the Zohan 2: Zohanukkah.”