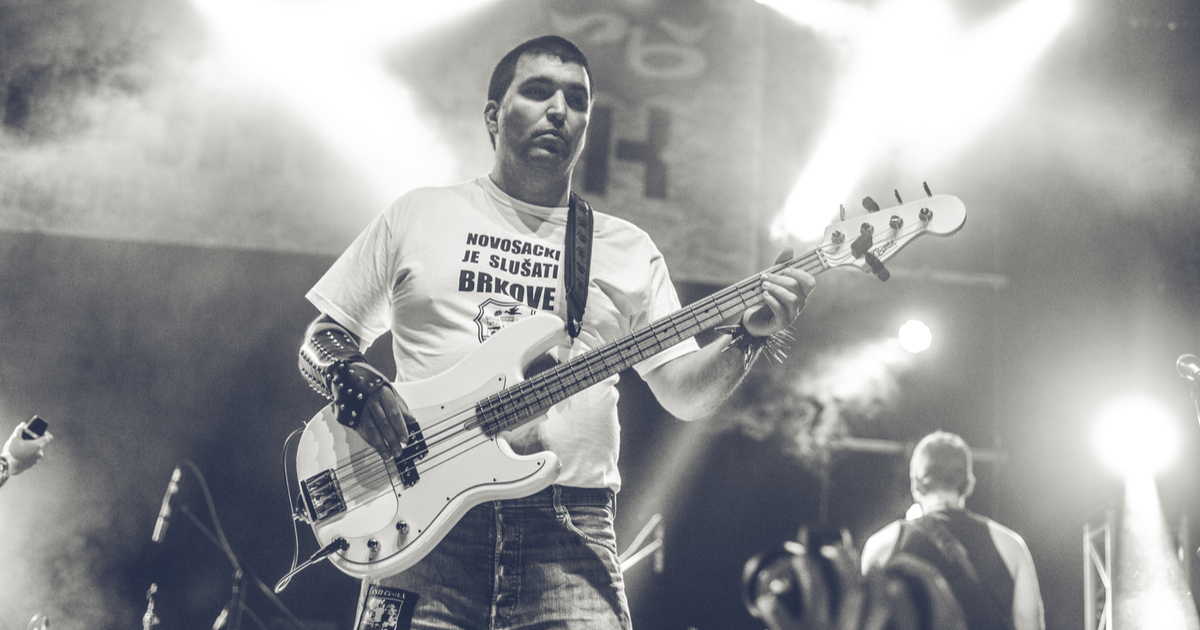 Many of the immigrants that come to the United States seeking a better life are woefully overqualified for the low-skilled jobs they’re forced to settle for. That’s the tragic reality for Yazdan Ghasemi, 38, who once thrived as a lead guitarist in his home country of Iran, but has only found grueling work as a bassist since relocating to New Jersey four years ago.

“I came to America as a refugee, full of hope about my career,” Ghasemi said, wistfully noodling on a V-neck guitar. “But now my musical training means nothing. I’m just taking it one stupid root note at a time.”

Ghasemi is not alone. We see foreign-born doctors-turned-Uber-drivers, engineers manning deli counters, and renowned journalists who escaped persecution just to write freelance listicles for BuzzFeed. Increasingly, experts are asking the tough question: “But like why, though?”

A recent analysis from the Migration Policy Institute points to language-based discrimination in the music industry. “Most lead-singer hiring managers require strong English for higher-skilled roles,” the authors said. “However, statistics show that 85% of lead guitarists in the U.S. can only communicate at a fifth-grade level, so what we’re likely seeing is a bias against immigrants. Plus, bands typically prefer bassists who won’t talk much.”

As for Ghasemi, he’s certain his green card precludes his dream of gainful, lick-shredding employment. He’s desperately praying for a citizenship marriage so he can have a better shot at scoring a gig like he once had. Unfortunately, finding a partner is another massive struggle; as Ghasemi puts it, “Nobody wants to date a fucking bass player.”