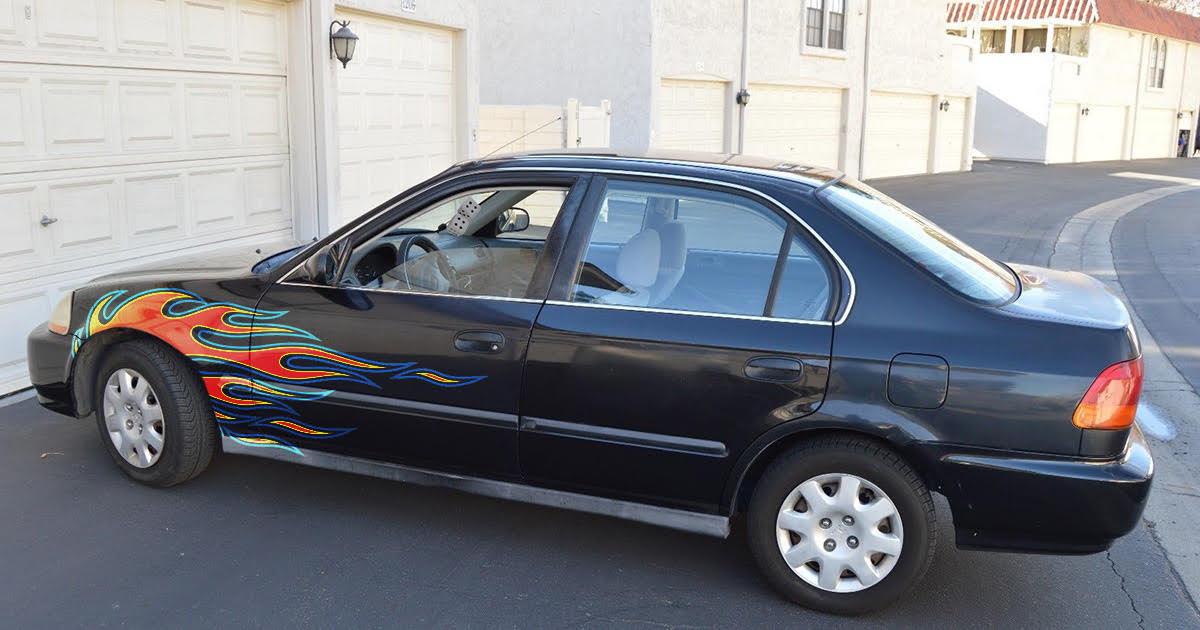 DAYTON, Ohio — Local car enthusiast Daniel Wagner learned yesterday that his customized 1998 Honda Civic is not yet “classic” enough to earn him respect in the local rockabilly scene, sources running a comb through their slicked back hair confirmed.

”I don’t understand how these people could possibly not see this car for the classic it is,” Wagner said, perched on the hood of the “8-ball black” hatchback adorned with fuzzy dice hanging off the rear view mirror and flame decals. “I mean, beyond being nearly perfect off the assembly line, I’ve put a lot of work into this thing getting it all stanced out — chromed rims, performance exhaust system… not to mention my ‘Daddy-O’ vanity plate.”

Indeed, attendees of the weekly Sunday morning rockabilly enthusiast meetup in the Kroger parking lot expressed their distaste — as well as their opinion that the imported subcompact car didn’t mesh with their established theme.

“I’m sure that fella put lots of time, effort, and money into fixing that vehicle up… but dammit, that little thing just ain’t a real automobile,” said Jimmy Bell, the “leader of the pack” in the local rockabilly community. “Now, my 1959 Galaxie 500 Sasha with restored upholstery and her original paint job? That right there is a 100% American, slick, and rockin’-as-hell vehicle. Just looking at this beauty makes me want to jump, jive — and you better believe, wail.”

News of the dispute spread across the Dayton scene, even reaching the ears of local master mechanic and car historian Richard Black.

“I know both of those guys are proud of their cars and all, but when you get right down to it, there’s not much remarkable about either one,” Black said. “Honestly, the only impressive thing is just how much time and money these guys poured into these vehicles that’ll maybe raise an eyebrow or two in some people with really niche interests… and even then it’s a tossup. With the price of gas these days, give me the Civic all day — that thing will be on the road forever.”

At press time, Wagner was challenging Bell and his crew to a street race around “Dead Man’s Curve” in order to secure his place in the community.