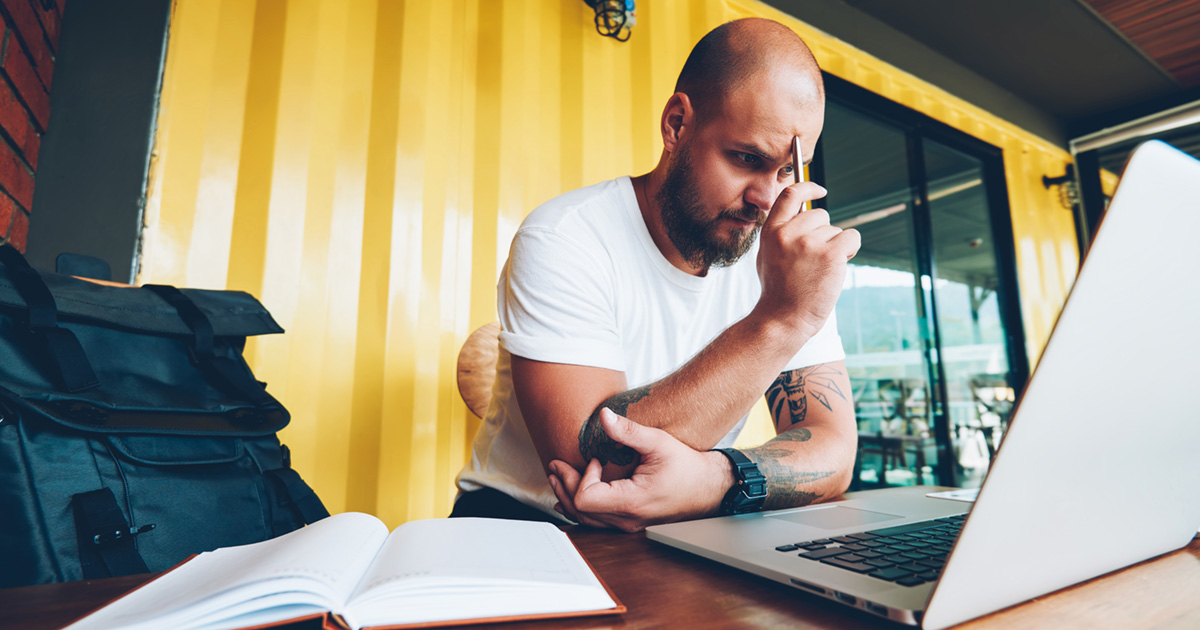 GAINESVILLE, Fla. — Local 38-year-old Geoff Hammond informed his friends and family yesterday that he will finally change his longtime email address, [email protected], in hopes of procuring something more befitting his middle-aged stature.

“I gotta admit, it’s getting a little embarrassing. When Uno Dos Tres came out, I avoided going to the bank — the tellers would always laugh at me when I spelled it out,” said Hammond. “And, to be truthful… I even flirted with a couple other emails in secret. I stuck around for a couple more years because I really wanted this to work. We have so much history together. But once Revolution Radio dropped, I knew it was time to end this for good.”

Hammond’s longtime roommate and best friend Jason Dubois claimed Hammond might actually be in trouble with the federal government soon, due to his email issue.

“He’s afraid to give his proper email to his employers, so he hasn’t received any of his tax forms in half a decade. The dude is definitely gonna get audited soon. It’s just time he drops this toxic relationship and moves on,” said Dubois.

“I begged him to change it for years,” Dubois added. “When we signed our lease, the landlord saw he had an AOL address and asked if we were trying to scam her. Then, of course, she asked him if his real name was ‘Mike,’ and made him supply two extra forms of ID.”

Experts say Hammond is part of a small subsection of email users who have maintained their first email address into adult life.

“Back when the internet was in its infancy, it was much more common to show off your fandom by referencing your favorite bands in your email address. But most people abandoned that in college or when they switched to Gmail,” said internet historian Casey Green. “Thankfully, this fandom practice has fallen completely out of favor. Otherwise, we’d have a generation of email addresses like, for example, ‘[email protected]’ That is not a world I want to live in.”

As of Tuesday at 11:45 a.m., Hammond was seen sheepishly confirming ‘Skiba4prez’ as his DIRECTV username.