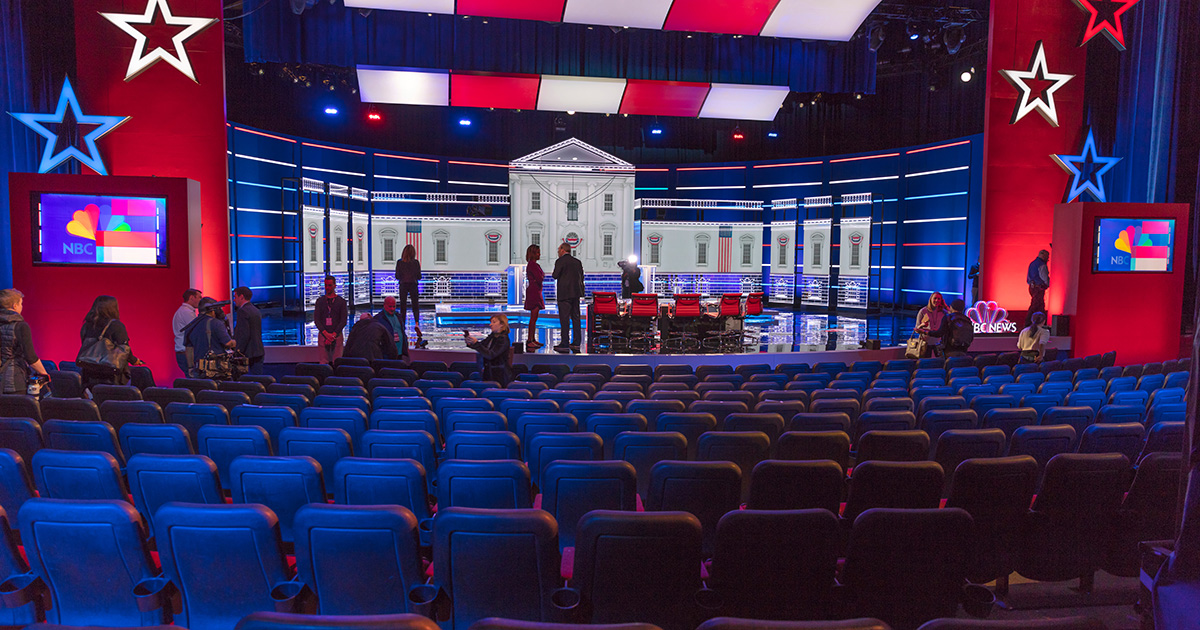 CLEVELAND — Moderators for 2020’s first Presidential debate reportedly added a question regarding an issue that’s been hotly contested since the early/mid-2000s: What defines “real” post-hardcore?

“Although Bernie Sanders captured the attention of many of America’s youngest voters with his progressive ideas, his use of pg.99’s ‘Punk Rock in the Wrong Hands’ as his campaign anthem proved too divisive to earn him the Democratic party nomination,” reported CNN’s Kate Sullivan. “Biden was definitely a safer bet, but his knowledge of ‘alternative’ music is fairly limited, so his camp has reached out to Beto O’Rourke to help prep for this question… and news of that seemed to upset a lot of progressives who labeled Beto a ‘complete poser piece of shit’ during his campaign.”

Derrick Fisher, a stalwart of Washington, D.C.’s original hardcore scene and proprietor of Sailin’ On Records, believes it’s time for a president to finally clarify where they stand.

“Look, at this point, the term ‘post-hardcore’ has essentially been rendered meaningless by mainstream-leaning bands that popped up way after Fugazi defined the genre,” contended Fisher. “I’ve grown pretty cynical over the years… well, I guess even more cynical than I was in my 20s, so party politics are kind of silly to me. Whoever’s willing to draw a line in the sand on this topic, my vote’s going to them.”

Of course, fans of more accessible bands sometimes labeled “post-hardcore” and other times “screamo” want to have their voices heard as well. Katy Stephens, mother of two and Warped Tour devotee, is one such fan.

“I’ve lived in Minnesota all my life, so I’m used to getting looked over, being the resident of a so-called ‘fly-over’ state,” Stephens stated. “But when I got to see all of my favorite bands live, and even had one of them ask me to hang out after, I gushed to them at their merch booth — I really felt seen. If Joe or the orange fella are willing to get bands like Hawthorne Heights and Chiodos officially recognized as post-hardcore, well, that will certainly help me make up my mind when it comes time to cast my vote.”

When asked about how they plan on preparing for the debate, Trump’s team said they reached out to a number of prominent musicians working in the subgenre and affiliated scenes, including Jesse Lacey of Brand New fame. Although few of the musicians contacted have responded, Trump was quoted as saying he believed Lacey had “done nothing wrong.”