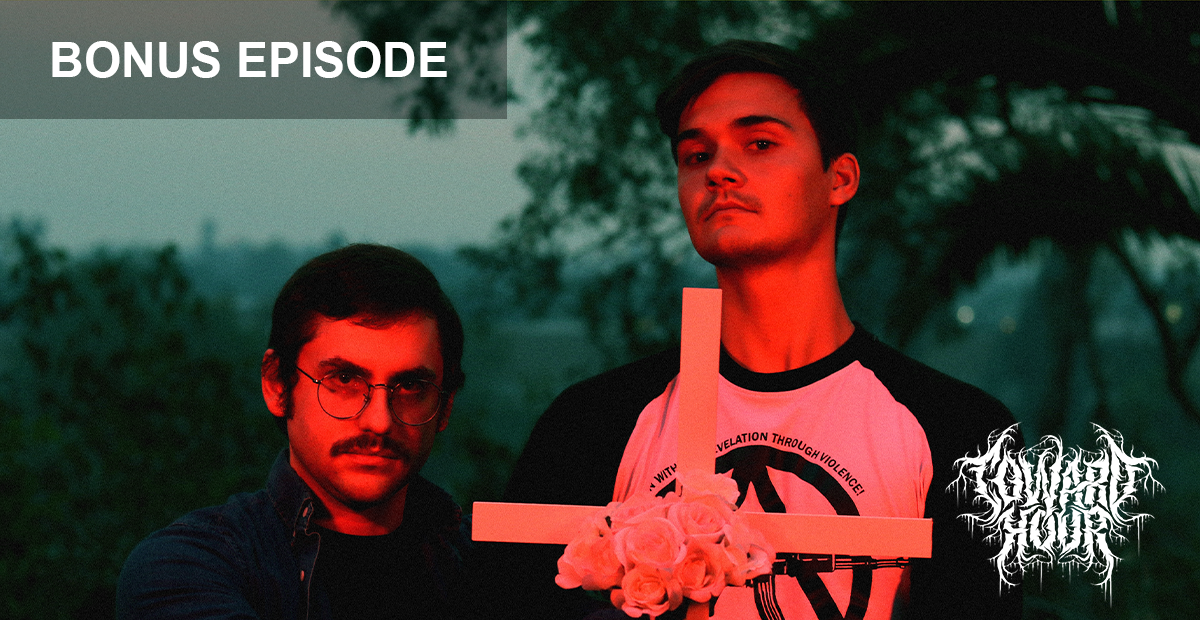 Coward Hour is the least-informed podcast in America. Each week, leading cowards/disgraced comedians Brendan Krick & Nik Oldershaw spiral on mic, commit gaffes, and descend into conspiracy-laden mental illness. Trust your gut, and prepare for The Event.

New to the show? Listen to our “Best Of” episode.

The boys get Catholic. Brendan reads a harrowing script he wrote in high school. Nik remembers a bunch of times he did acid he forgot about.