Wow! We Showed a CD to This Gen Z-er and She Ate It Like a Donut 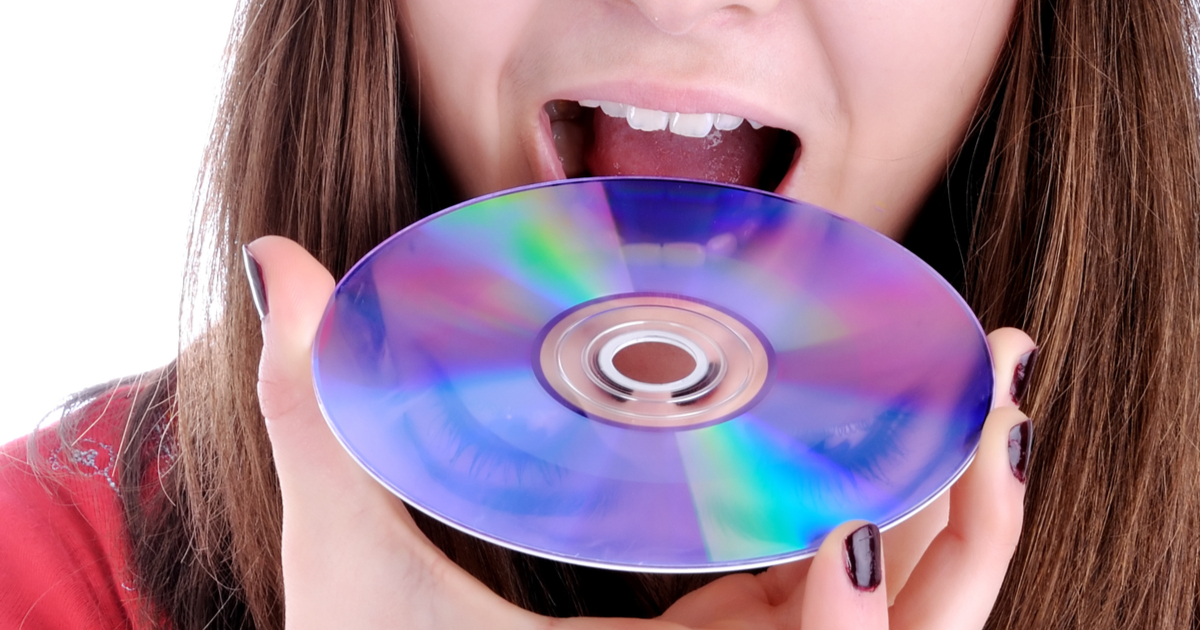 We recently sat down with Hannah, a local college student, and handed her a copy of Alanis Morissette’s “Jagged Little Pill” to see if she could figure out how to play the CD in our dusty old 1998 Sony mini boombox. Hannah, 18, managed to open the jewel case on her first try so we figured she was off to a great start. We were all set to make her an honorary Millennial and breathe a sigh of relief that maybe we weren’t so old after all when things took a turn. Gripping the CD in both hands, she raised it to her mouth and took a giant bite. And then another. And another.

We could only watch in silent horror as the CD was fully consumed. We prayed she would pause for a selfie or to do a dance for TikTok or something, but her jaw proved tireless and her appetite for iridescent plastic insatiable. Watch out, world! Gen Z is here and, in addition to cultural narcissism, they also appear equipped with the teeth of a shark and the stomach acid of a dog.

“I mean, with the light shining on it making those little rainbows, it just kinda looked like striped Funfetti frosting,” Hannah said, shrugging and crunching the last few pieces of the circular plastic disc encoded with 12 iconic songs (and one remix) between her teeth. “It had a hole in the middle. That’s literally a donut.”

As she wiped a few stray silver shards from around her mouth, we rushed to move the boombox out of sight before she mistook it for a large loaf of pumpernickel bread.