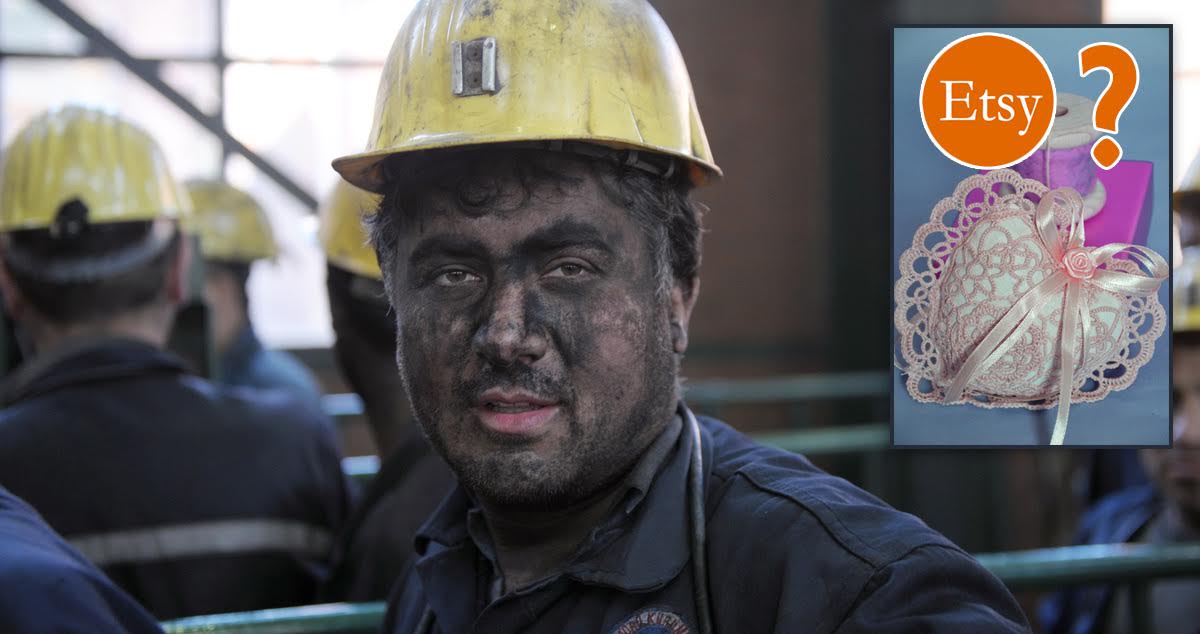 I’ve been reading a lot on Facebook about the rust belt and all the union coal mining jobs that are leaving as if it’s some kind of a bad thing. Nobody I know has ever had a paid internship, much less a union job, and they are making it just fine. Maybe instead of freaking out about lost mining jobs, unemployed coal miners should just get with today’s economy and start Etsy shops.

My friend Karen has an Etsy shop. She sells pillows! Maybe some of the miners could open up pillow shops like Karen. Karen’s pillows have cute animals stitched on them or scenes from Star Wars. Her best seller is a pillow with Darth Vader and the words, “The Empire Strikes Nap.” I don’t see her complaining about environmental regulations, she’s just pulling herself up by her knitting needles and taking advantage of this land of opportunity.

Coal miner-made pillows with fun references and puns on them, like, “be mine” or something would be really popular with the coal miners who still have jobs. It’s an untapped market, if you ask me.

If laid off coal miners don’t want to make pillows, there’s plenty of other Etsy potential for them. Maybe they could carve something out of rock? I bet that really plays to their skills. Or they could just take apart their old tools and glue the pieces onto jewelry. Steampunk is a big deal and I think that would do pretty well. These whiny coal miners just have to be willing to adapt.

Or maybe they could make sperm jewelry!

If you’re an out-of-work coal miner, please try these suggestions out. This is 21st century, America. Time to quit bitchin’ and start stitchin’!

Would you be interested in hand-knit coal mining themed pillows? Let us know in the comments below!