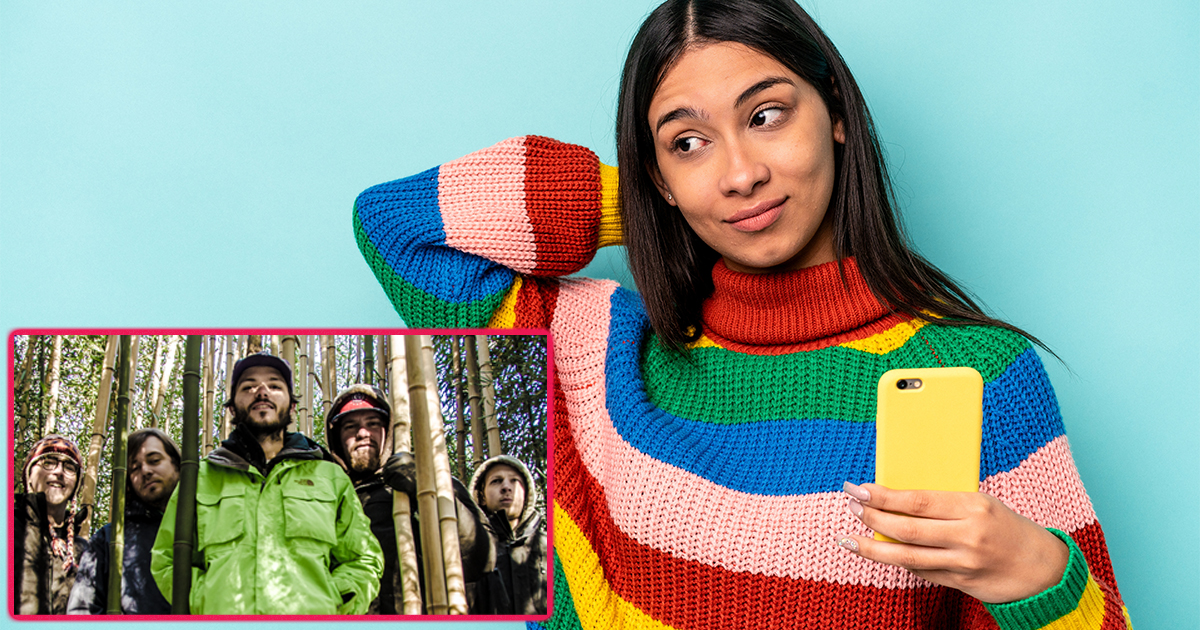 So you matched with not one, not two but all five members of the jam band Goose on a dating app. You’re probably feeling a little trapped, thinking, “Shit, what have I done? And why am I so attracted to coastal elite guys who look like they know how to tap a tree for syrup?” But don’t worry, this can be a positive experience!

With these steps and a little finesse, the Goose boys will stop worshiping Trey Anastasio and start worshiping you.

First, make the first move…but make them think they’re making the first move. Send a GIF, react to their profile, and keep the banter light and fun. Don’t acknowledge the band, their musicianship, or genre, but do ask them about the music they like and their other hobbies. Play a little dumb. You can say “how many times have you seen the Dead and Company?” or “I’ve never listened to Phish, but I love their Ben and Jerry’s flavor.” Ask them if they telemark ski, their favorite type of hard kombucha, and what liberal arts college they were rejected from (HINT: It’s Middlebury).

Second, invite one of them over. Peter, Trevor, Jeff, Dirk, or Elmo, It doesn’t matter, just be sure to use your sensuality and undeniable charm to sleep with him. Remember, you matched with all the Geese, you’re at least a Connecticut 8.

Later, invite a different one over. Use your sensuality to sleep with him, too. Instead of normal aftercare, casually and subtly mention you fucked his bandmate. For instance, you could call him by the wrong name – “Hey Jeff…ah, I mean, Elmo, could you get me some water?”

At this point, they’ll probably have to leave town for their next gig. Be sure to exchange numbers with the remaining three. Slowly dial down your conversation with them, but every so often, send a flirty drunk text or earnestly recommend a song you’re digging and say “This made me think of you, you might like it.” Wait until Goose is in town again, and then sleep with the remaining three.

Once you’ve slept with all of them, you will have fulfilled the coveted “Fuck the Flock” challenge. For five Goose notches on your bedpost, you’ll receive a Yale dining hall voucher good for six meals, an engraved set of skis, free Dunkin for a year, and a tambourine.

After playing the long game, at least 2.5 members will be in love with you, and you’ll end up with a song named after you, a contract naming you as the recipient of 7.5% of their profit, and free IPAs for life. Congrats, you damn Goosehead.