What the Fuck: This Guy Just Called My Dead Cat a ‘Vibe’ 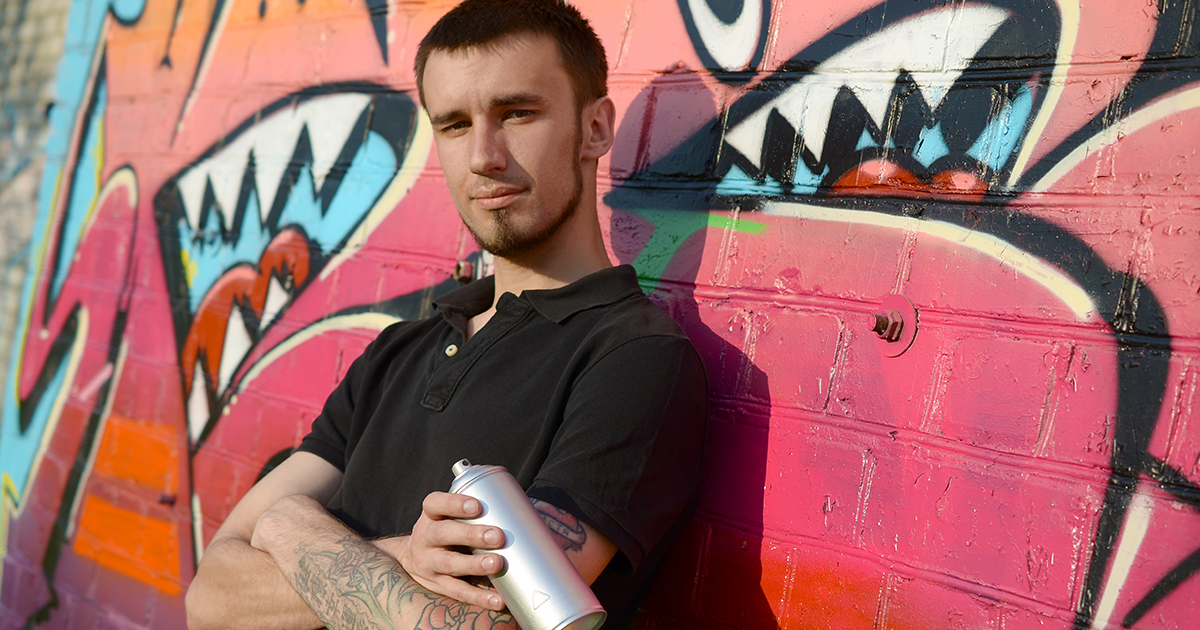 Everyone has someone in their friend circle that they just can’t stand, and for me, that person is Rob, a man that I can most politely describe as a walking TikTok comment. When I was at a mutual friend’s birthday party and heard “Hi, Felicia!” cut through the cacophony of the party, I knew it was him. I attempted to dive behind a couch before he could see me, but it was too late. I frantically tried to think of something I could say to shut him down as he loomed. “It’s been a rough week, Rob. My cat just died.”

“Damn Gina, that’s totally a vibe!” He responded immediately as if he had it chambered for anything I might say.

I felt my soul leave my body. I was both offended, on behalf of this dead cat that I’d made up, and also completely numb. All I could do was think back on every stupid Rob comment that led up to this.

I can remember the first time I ran into this jackass. I was stuck next to him at a friend’s dinner party. He spent the whole night talking about how “Gucci” Bridgerton was. The mashed potatoes were “savage.” And we were all forced to listen as he told his “#adulting” story about watering his succulents. He said “hashtag” out loud.

And that night at the bar. When I arrived, Rob hunted me down to tell me he’d just finished reading a “lit” Reddit thread on pickup advice. He then proceeded to hit on every woman he managed to make eye contact with. “That outfit slaps! Your shoes are on fleek! That hat is a serve!” He seemed unphased when everyone he approached had to pick up an “emergency” phone call and leave.

Even worse was that poker night. I can’t even count the number of times he yelled “YOLO” as he pushed all his chips in. It wasn’t a money game, so we dealt him back in over and over. Until we finally got tired of him and called for a final hand. Of course, that was the only time he won. Rob celebrated by squatting over his winnings and pretending to tea bag the pile while yelling “powned!”

I have so much trouble accessing the happy moments of my life, and yet every stupid word out of this asshole’s mouth is burned in my memory. So why do my friends keep inviting him places? I just can’t get this idiot out of my head. Can’t anyone else see that this man is clearly sus? …Oh no. …Oh dear god, no. It’s spreading fam.