We Tried to Interview Jeff Bezos, and Then It Was All a Blur and a Giant White Balloon Chased Us and Now We Live in Some Weird Community Prison Type Thing 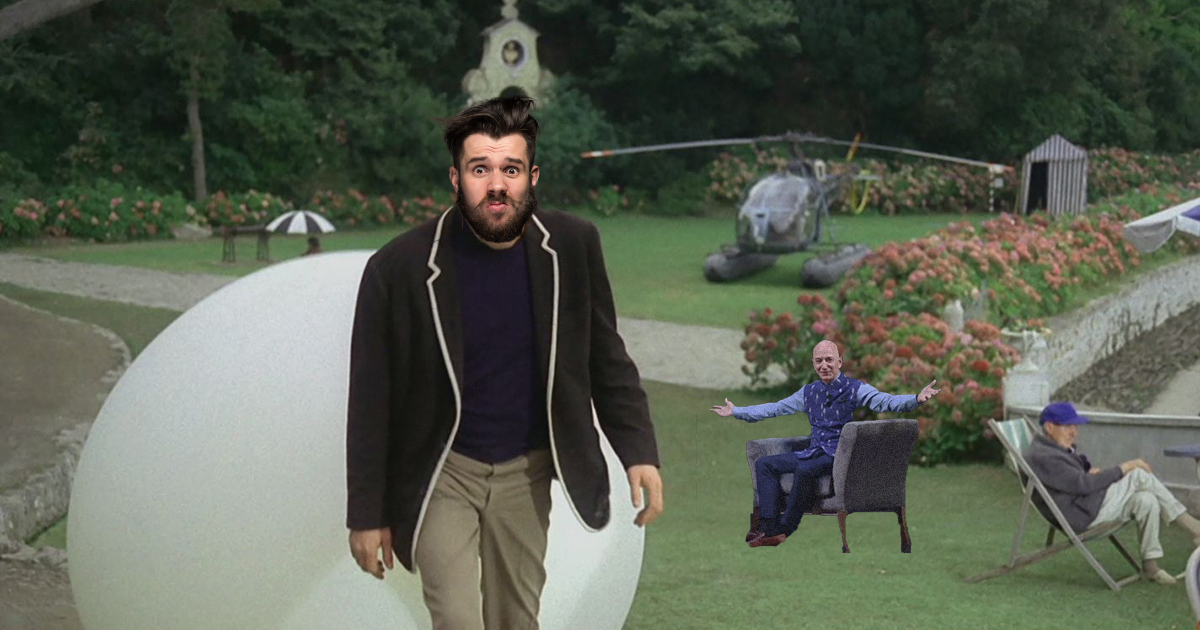 I went to Amazon HQ and was shown into Jeff Bezos’ office, under the guise of interviewing him about becoming the world’s first trillionaire. He spun around in his giant Bond-villain chair. He wasn’t petting a cat, but you could tell he wanted to. I immediately ambushed him with questions on the treatment of Amazon employees, blissfully unaware of the forces I was meddling with.

Suddenly, I heard a faint rumbling behind me. I looked and saw a giant white balloon heading straight for me, and within seconds, before I had time to react or even register what was happening, I felt the outer layer of material against my face, then nothing.

I woke up in a box, left near the garage of a strange cottage I didn’t recognize. I was in a giant puddle… NOT by the front door under the overhang for some reason.

I was assigned #2497.94, I think because that was the price of AMZN the day I arrived? I met someone named #2 who I guess must have been here since the 90’s. I think he was spying on me, but to be honest, I kind of don’t trust anyone here… Except for the people that delivered me, and the people that clean the houses, and pretty much everyone that’s not a resident who is apparently an Amazon employee that got “promoted”.

They keep doing weird psychological experiments on me. So far they’ve had a body double try to convince me he was me, probed my mind with a dream manipulator, and convinced me to run for island president, all for no discernible reason. #2 keeps telling me I’m a “tough nut to crack” but that he will soon “break me like all the others.” I wish I knew what the fuck they wanted from me!

They keep saying they want “information” but Amazon already has all my information!

Anyway, while walking this morning, I saw Seattle in the distance, so I’m guessing I’m near there. If anyone wants to try and save me, that would be lovely.

I tried escaping using a raft I constructed to win an art contest here (this place is weird.) When I looked back I couldn’t see the town, so it might be invisible or something (not surprising, Bezos and Elon probably have tons of crazy Sci-fi stuff like that).

As I got a ways away from the island, that giant balloon showed up again and I was back outside my garage in a box. Again.

Looks like I’ll be here a while, but, at least I can order literally anything I want and it gets delivered right to my house the same day. Maybe I’ll never leave. This place is kinda awesome. Way better than my one-bedroom that I share with 9 roommates in Brooklyn.