We Sit Down With Legendary Chart-Toppers “Various Artists” 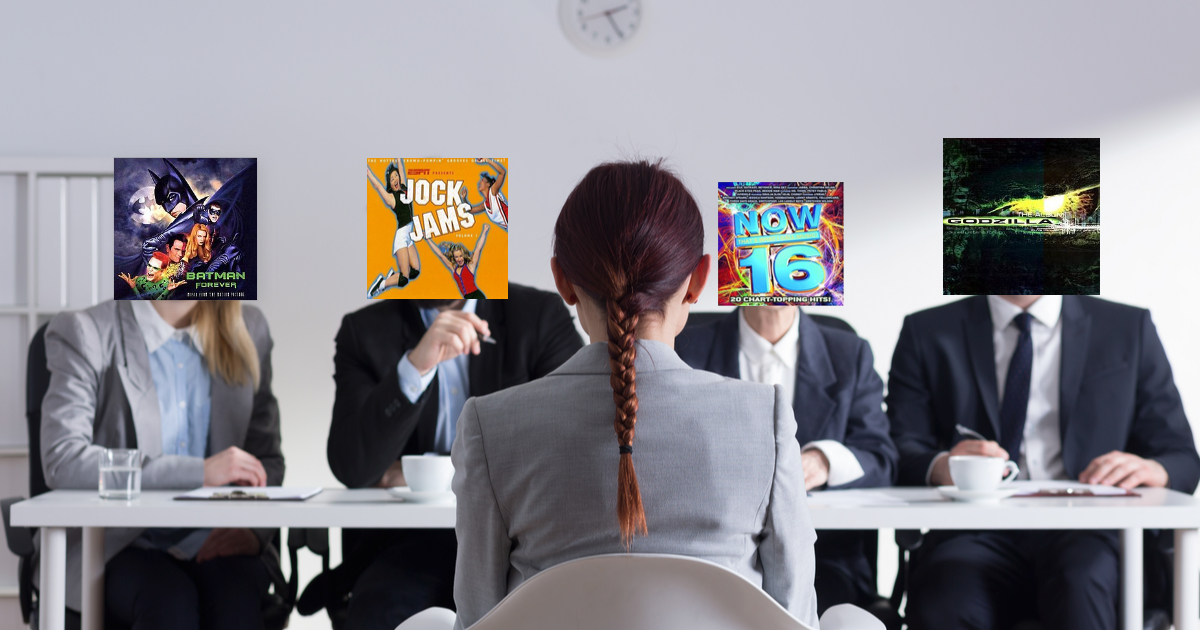 No matter how old you are or where you’re from, you likely grew up listening to iconic chart-topping kings, “Various Artists.” With a larger-than-life career spanning decades, they’ve given us hit albums such as “70’s AM Gold” (1994), the classic, yet divisive “MTV Jock Jamz” (1995), “Batman Forever: Music From The Motion Picture” (1998), and their magnum opus, “Godzilla: The Album” (1998).

Recently, The Hard Times was thrilled to book an interview with “Various Artists,” to discuss their storied career as well as the legacy they plan to leave behind. We couldn’t be more excited.

The Hard Times: Holy shit. Sorry to geek out like this, but you are heroes of ours.
Hey, thanks for having us, we appreciate ya too. Been reading since before we were even a band!

Well, that’s not possible. We’re going to assume the decades of sex, drugs, and various genres have taken a toll on your collective brain functioning. Let’s dive into the interview! You have this giant catalog, spanning generations. What works stand out to you as personal favorites?
What do you mean, “generations?” We’ve only been a band for like five years. We’re called Various Artists, and we’re signed to Enigma Records. We’re from Tempe, AZ, and we’re all in our late twenties

And we’ll definitely get to that. So, how did the Godzilla record come to be?
The movie soundtrack? Hell if we know. Usually whatever record label is financially connected to the film’s production studio gets a bunch of their artists to contribute a song not good enough for their album or a laughably low-effort “remix” of their most recent single.

So what was it like working with Jimmy Page?
That wasn’t us! We’re the surf-punk band “Various Artists,” from Tempe, Arizona. …Do you think all compilation albums are by the same literal band?

So you’re not really Various Artists?
No. That’s… not even a thing. That’s an impossible concept.

*checks notes* Well, then. Would you like to listen to the Batman Forever soundtrack?
Dude, fuck yeah. You know Sunny Day Real Estate is on that soundtrack?
Who?