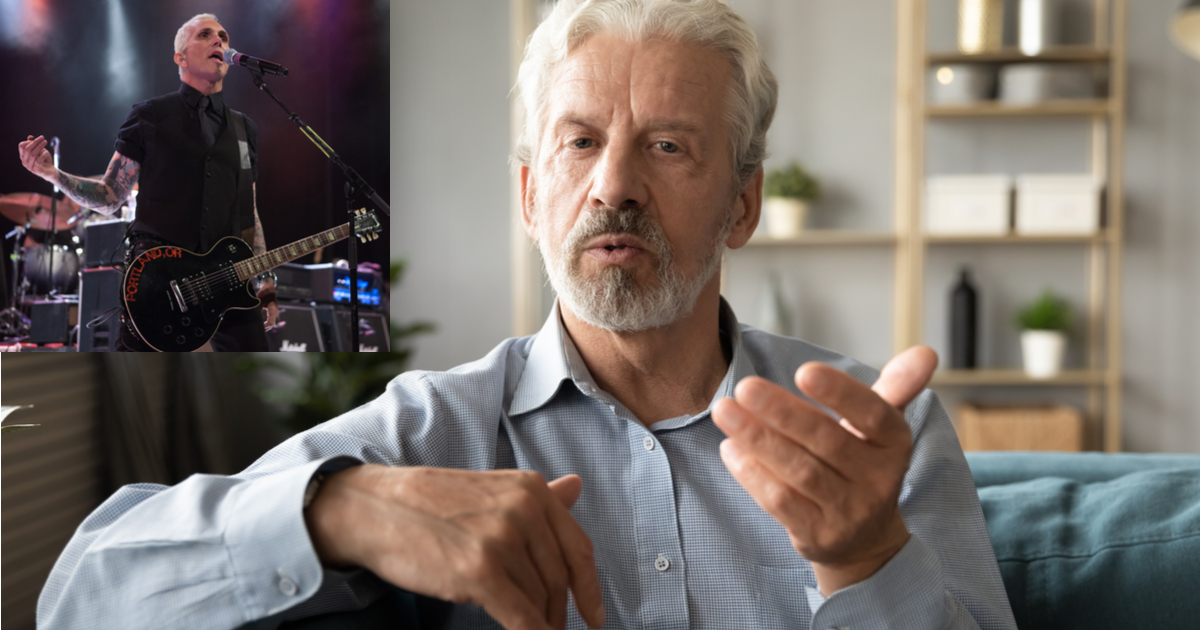 Every ’90s teen can recall a time when they blasted Everclear’s “Father of Mine” after a particularly contentious dispute with their dad regarding a purchase from Spencer’s gifts. Sure, no one read too much into the song. All we knew was that this guy was pissed and his dad was the reason, so we cranked that shit to piss him off. But what if we told you that Everclear was completely one-sided in the way he wrote that song? Has Everclear been profiting off of a complete fabrication of this story?

Fortunately, we were able to sit down with the most hated dad of the ’90s (besides our own), Paul Everclear, to set the record straight.

The Hard Times: Honestly we never thought we’d be dying to talk to you. That song made you sound terrible. But you’re saying that you were far from the absent father that your son, Everclear, made you out to be?

Paul: Yes! Don’t even get me started! The whole song is a load of horseshit. I gave that kid way more than a name and it really hurts that he’s making me out to be some kind of monster. I mean, it’s not like I named him “Metallica.”

I’m sure you can understand why people would be skeptical about hearing this revelation. Let’s walk through the song itself and you can tell me where the story deviates from the truth. It doesn’t all sound horrible. You’d take him to the beach?

Oh, I did so much more than just take him to the beach AND the movies. I took that ungrateful little bastard to Disneyland at least twice. I even got him the fast pass so we didn’t have to wait in any lines. If Kris Roe was my kid, I bet he’d have included that in the lyrics. But of course, my son Everclear didn’t put that in his song. Did I mention I gave him his name?

Yes, over and over while we were setting up. Do you have any other examples of him being misleading?

The birthday card with a $5 bill line really ground my gears. I’d send him $20 minimum every birthday. Maybe his greedy mom was pocketing $15 of it to make me look bad. I should have seen that coming. She never let me see him no matter how many times I asked.

So according to you, his mom wouldn’t let you in his life. But what about his troubled upbringing overall? You raised him in a rough neighborhood?

You must be referring to when he said he was a “scared white boy in a black neighborhood.” Yeah, fuck me for wanting to raise our kid in a diverse neighborhood.

What did you think when you first heard the song? Was it a big surprise?

I first heard it in 1998 when I was waiting in line at a Quiznos. I honestly enjoyed the song until later when I saw the video on MTV. I was like, wait a minute, that’s my son! I did so much for this kid and he’s out there making millions talking shit about me. Obviously, I was pretty ticked.

Have you tried working things out with Everclear? Do you see any possible resolution between you two?

I feel like too much damage is done at this point. I have a new family now and step-daughters that buy me those cheesy “world’s greatest dad” mugs, so I do my best to move on and avoid places like Chili’s that are known to play the song.

Thanks to Paul Everclear for giving us his side of the story. Check back next week when we sit down with Harry Chapin’s dad to ask what it was like being a stay-at-home dad in the ’50s.