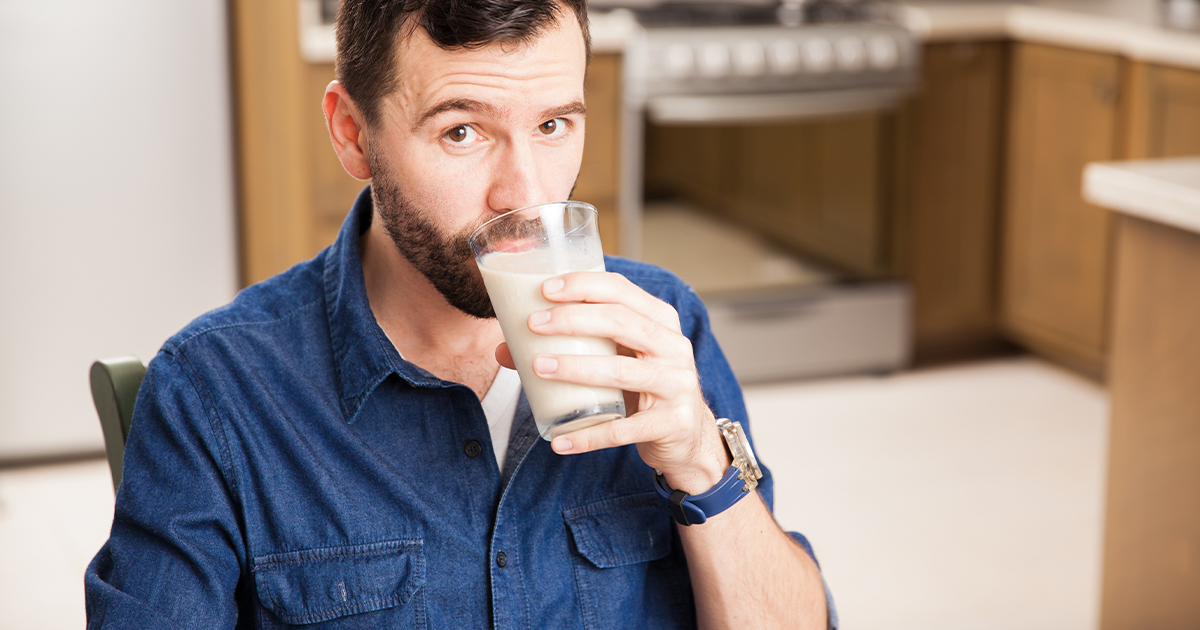 Steven Jones, an otherwise boring millennial with an even more boring name, has been hiding an extraordinary, superhuman ability: digesting dairy without immediately having explosive diarrhea. We sat down with the man and the legend in his apartment living room over a truly incredible-looking cheese plate to figure out his whole deal.

“I don’t know,” Jones said, maybe a little too proudly cutting a huge hunk of brie off the wedge and shoving the entire thing in his mouth, with not a hint of fear in his eyes or a Lactaid in sight. “It’s like, fuckin’, I guess Big Milk got you all. I never drank my milk in the 90s when our parents were brainwashed by all those Got Milk? Ads. I was an asshole contrarian kid, you know? I think you all just drank so much milk your bodies got sick of it. Literally, ha ha!” He quipped, as he finished his brie and moved on to what appeared to be a smoked gouda. We tried and failed to crack a smile at the blowhard.

According to Jones, there was a distinct moment when he first realized there was something special about him and that he was envied. In college, when he pulled some string cheese out in class one day and casually started eating it, a hush fell over the room and he heard angry whispers from his classmates.

“I didn’t know everyone else couldn’t do what I do anymore,” Jones told us with a shit-eating grin that was physically painful to behold.

“He just took that string cheese out in front of all of us and just rawdogged it with no Lactaid or anything,” recounted a stunned classmate. Sources say the students all watched in awe as Jones ate the string cheese and miraculously stayed in the remainder of the lecture without a single bathroom break. “He didn’t even have to run to the bathroom. I know we were all waiting for him to get the shits, but NOTHING. It was like watching a dog run out into the road and being pretty sure it’s gonna get hit, but then nothing bad happens to it.”

The smugness in Jones’ face was increasingly evident as he continued demolishing the cheese platter, which would have glued any regular millennial to the toilet for days. He bit into a cheese curd and chewed it without breaking eye contact. We quickly thought of ways to bring the conversation to a close as soon as possible.

What’s next for Steven Jones, you may ask?
“I might become a cheesemonger. Or I could taste test cheese for a living. I don’t want to waste my talents. Or I could let scientists study me! Yeah, maybe I’ll do that.” He finished the pile of cheese curds, beamed, and said “ta da!”

At this point, we said our goodbyes and cut our conversation short because we couldn’t take this dude anymore. Good luck with your career, you piece of shit.