We Sat Down With Our Brother in Arms, the Pretzel That Tried to Kill George W. Bush 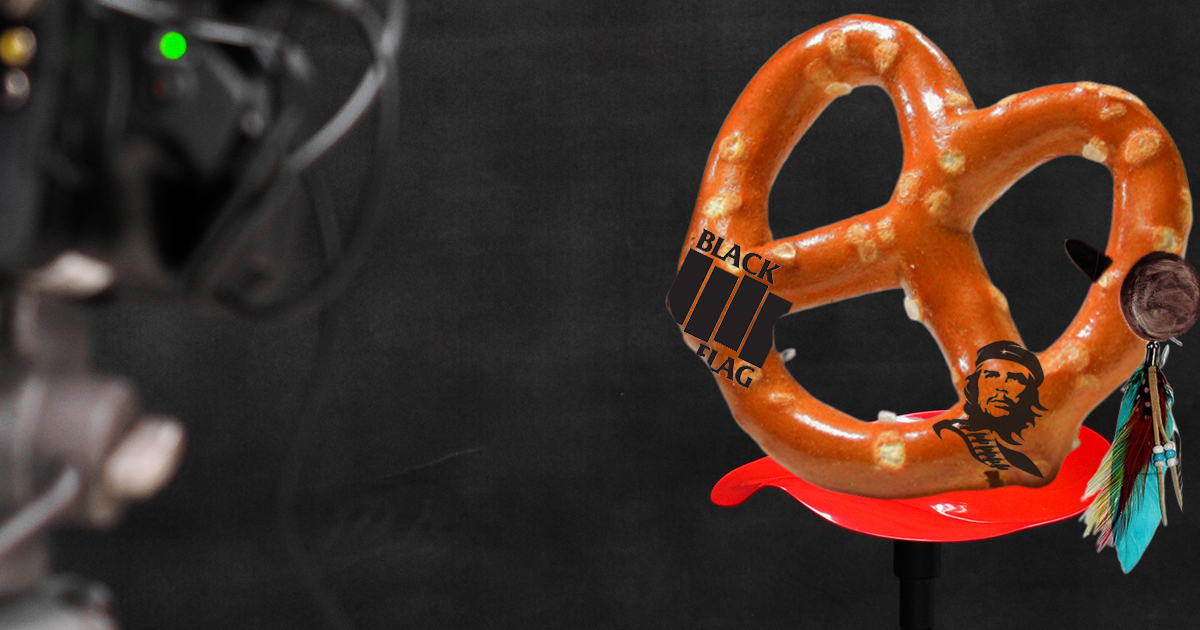 Before Donald Trump was the poster-boy president for punks to hate, there was George W. Bush. The 43rd President of the United States. The 9/11 guy. Arguably the best thing to happen to NOFX’s career. What a lot of people tend to forget is that on January 13th, 2002, the president of the United States, alone in his White House quarters, was almost assassinated…by a pretzel. After many years of trying, we were finally able to sit down with our brother in arms, The Pretzel that tried to kill George W. Bush.

Hard Times: Hi, Thanks for taking the time to meet with us, comrade.

Pretzel: My Pleasure. I apologize for being so tough to meet with. You can imagine why I’ve had to keep such a low profile over these years.

Totally understandable. Let’s dig into that. What was the inspiration behind the attempt?

Where do I start? He was a total puppet. Son of a former president loses the popular vote yet wins the election to become President? I’m not buying it. He was there to get us in more wars and make some evil mother fuckers some money. After 9/11 I knew he had to be stopped.

How did you manage to get alone with Bush in the White House?

Well, a contact informed me of the Hammond Pretzel Company a small company based out of Lancaster, PA. They’ve had a great relationship with the White House since the Clinton administration. I knew Bush was one of them good ol’ boys who enjoyed snacking on pretzels while watching Football so all I had to do was find my way into one of these shipments.

So, you essentially got yourself to the factory and infiltrated one of the bags of pretzels headed for the White House?

Okay, so you make it in. What next?

Well, Georgey boy has a habit of eating like he’ll never see food again He honestly has no idea where he is or what he’s doing 99% of the time. In or out of office. I was sitting in the bottom of the pretzel bag listening to him yell at the TV over some bad call.  I knew he was about to stress eat. A moment later, just as I predicted, his hand came reaching down the bag and it was go time. He pulled his hand out the bag and tossed us through the air into his mouth. I bypassed the teeth, barrel rolled down the tongue into the throat and planted myself deep in his windpipe.

I remember feeling his body slowly drop towards the floor. The impact of his face crashing into the floor sounded like a giant explosion. The type of explosion that he’d order to be carried out in Iraq except this time it’s justified.

How did you make it out?

Well, there was a brief window where he was knocked out on the floor, so I climbed my way out of his mouth, hid under the couch and waited till things calmed down before making my final exit.

What an incredible story. Obviously, he survived and went on to serve seven more years as president.  Did you just decide to give up after that?

I can’t begin to tell you how bad that messed me up. I was so sure I had accomplished my mission. I even went as far as to orchestrate another attempt in 2008 via another comrade in Iraq.

Oh shit! You know THAT shoe?! You think you can put us in contact with them?

Oh yeah sure, you know how to get into Guantanamo Bay?

Yeah I thought not.