We Sat Down With Casey Jones, Roadie for the Ninja Turtles, To Talk About the Infamous 1990 “Coming Out of Their Shells Tour” 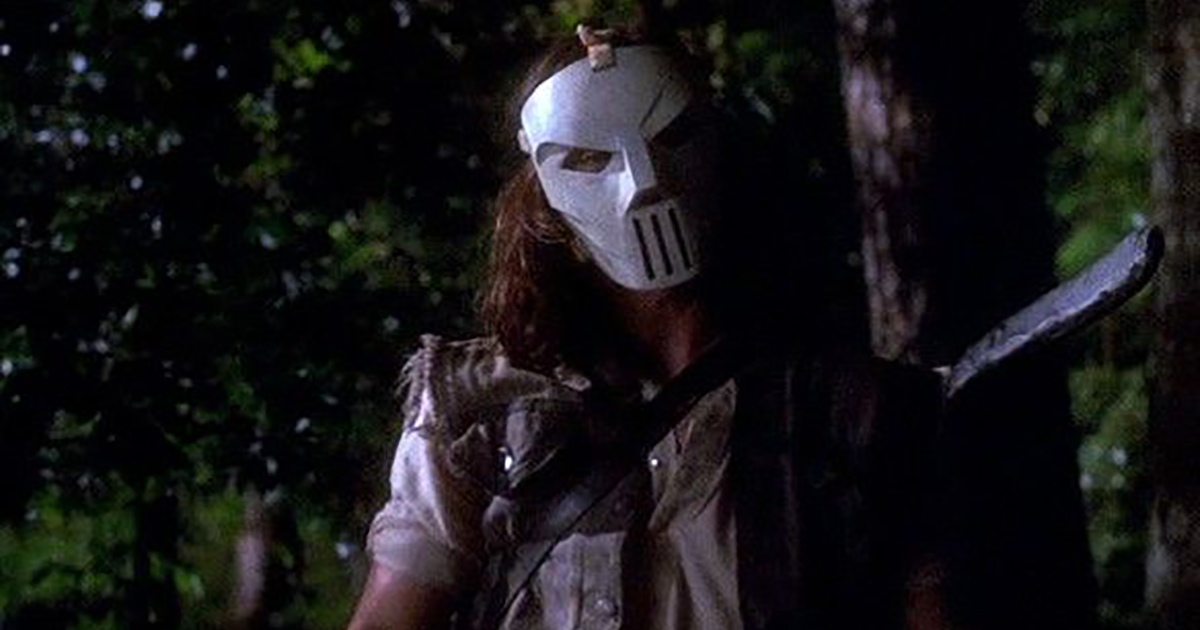 Generations of people are familiar with the Teenage Mutant Ninja Turtles. The New York-based crime fighters were responsible for taking down Shredder and his clan of ninjas, as well as a host of other inter-dimensional and mutant criminals. But what some may not remember is the turtles foray into music, culminating in their 1990 “Coming Out of Their Shells Tour.”

We sat down with their friend and roadie Casey Jones to talk about the tour and what it was like back then.

The Hard Times: Thank you for joining us, Casey. We appreciate you taking the time.

Casey Jones: No trouble at all. But listen, I gotta meet with my P.O. in about half an hour, just FYI. You got any clean urine?

Not on me. So how long have you known the Ninja Turtles?

I first fought Raphael in Central Park in the late 80s. We both were just two punks looking to knock some skulls.

How did you get involved in their music career?

It was really their performance with Vanilla Ice that got them noticed. An agent was in the audience that night, and it wasn’t long before they had a tour set up. They needed someone to lug amps and throw cable, so I volunteered. I had some bad people looking for me in New York, and it was time to get the fuck outta town.

Right on. Did the Turtles have any weird riders in their contract?

Heh. Actually, yeah. They demanded one banana and anchovy pizza. I thought it was just to make sure the venue read the contract, but they always ate it.

Pizzas aside, anything crazy happen on tour?

Are you kidding? It was like Mardi Gras every night.

Really? They seemed so straight-edge.

They were four teenagers who had never been out of the sewer! They were like a pack of Amish kids during rumspringa.

So pretty crazy then?

Have you ever seen a turtle cock? Do you know they hang dong half as long as their shells? Ask Tawney Kitaen. She knows all about it.

You wanna talk about “coming out of their shells.” Jesus! Well, everyone except for Raph. Steroid use. Can I score a smoke?

Sure. Wait, Raph was on steroids?

That shit wreaks havoc on your turtle power, if you know what I mean.

Okay. So was Michelangelo really the party animal or-

Mikey had the party animal reputation and would try almost anything, but it was really Leo who was the massive coke head. Said it used to keep him focused. The other three called him “Lord 8-Ball.” Izzy Stradlin got him hooked on the shit. There were fishbowls of snow everywhere. Leo hit a wall toward the end of the tour, where he almost killed a pre-fame Andy Dick. The tour pretty much ended after that.

Does “Pizza Power” sound like it was written by someone sober?

Donatello was the quiet one. He was really into Philip K. Dick at the time and was all about psychedelics. He said it was a spiritual thing. He once played an entire show without touching his keyboard. When I asked him about it, he said the keyboard had turned into a bunch of sucking rectums. So I can’t really blame him for not playing the show.

The turtles only toured for one season. What happened?

Pizza Hut was sponsoring the whole thing. When they found out that Michelangelo was banging Denny’s waitresses two at a time and that Leonardo was punching holes in the hotel room walls, they decided to call it quits. It was probably for the best.

That is crazy! Do you have any regrets?

Probably beating a homeless man to death because I thought he was a mugger.

Well thanks again for your time Mr. Jones, anything you wanna plug before we wrap up?

April if you’re reading this we can still make this work, my pager numbers the same, hit it up.