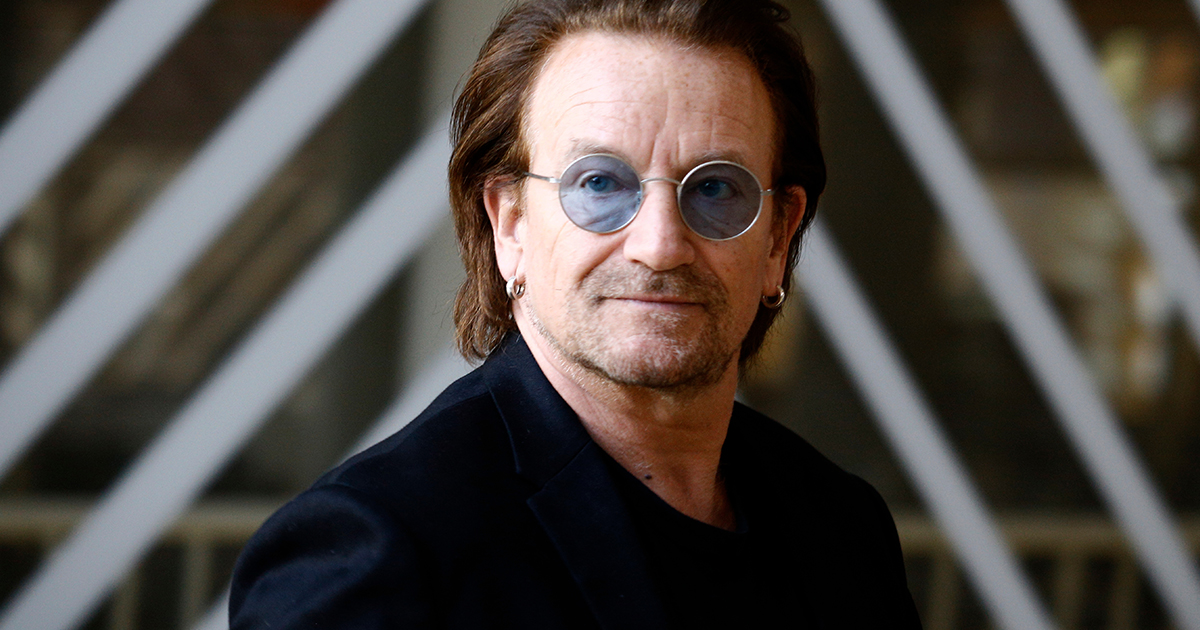 U2 is one of history’s biggest and most acclaimed bands, and a lot of that acclaim has to do with the legendary stage presence and charisma of lead singer Bono. We were lucky enough to score an interview with the band, which allowed us to reach out to the families of the rest of the band, who have been unable to contact them for years.

We’re getting paid $1500 apiece to kidnap and de-program The Edge, Larry Mullins Jr, and Adam Clayton after decades of indoctrination, and all we have to do is keep Bono occupied for a few minutes.

The Hard Times: Hi Bono. Hello. It’s good to meet you. Can we offer you anything? What kind of water do you like? We have a lot of kinds of water.
Bono: No thanks, I’m fine.

Seriously, it’s not a program. Problem, we mean. We have tap water, spring water, smart water, mineral water… uh, let us think for a minute, what other kinds of water are there that we can mention without anyone looking anywhere but right at us.
I’m good on water.

Okay…how’d you get that name, Bono? It’s probably a really complicated story with lots of digressions, right? Take up at least 20 minutes or so, we bet.
My buddy Gavin called me that when we were teenagers. Just kind of stuck. What’s that noise?

There’s no noise in the other room! That’s not what the sound of three grown men struggling as someone puts a bag over their heads sounds like. Okay, damn. How about this: starvation in Africa?
It’s a complicated issue.

Fuck, man. That’s the briefest you’ve ever been about anything. We saw a video once where you talked about apartheid for like two hours between songs.
Well, a live performance is different from an interview. Have you seen The Edge or Paul? Those guys are supposed to be here.

Oh, they’re…around. So, what’s “With or Without You” about? It’s such a yearning, heartfelt song. Do you want to describe the rich emotions of the experience and maybe go into the recording process?
It’s about giving up smoking pot. Are those zip ties poking out of your pocket?

No, they’re not. Uh, tell us about the rich heritage of American songwriting and spare no detail about things Bob Dylan has said to you, okay?
Okay, I definitely heard The Edge scream for help.

He’s getting help you monster! I mean uh, is it true you one bought a first class airplane ticket for a pair of sunglasses?
Guards!

At that point, some armed guards ran in and took off after the official Hard Times unmarked van and Bono just threw a smoke bomb down on the floor. We should have charged more than $1500.