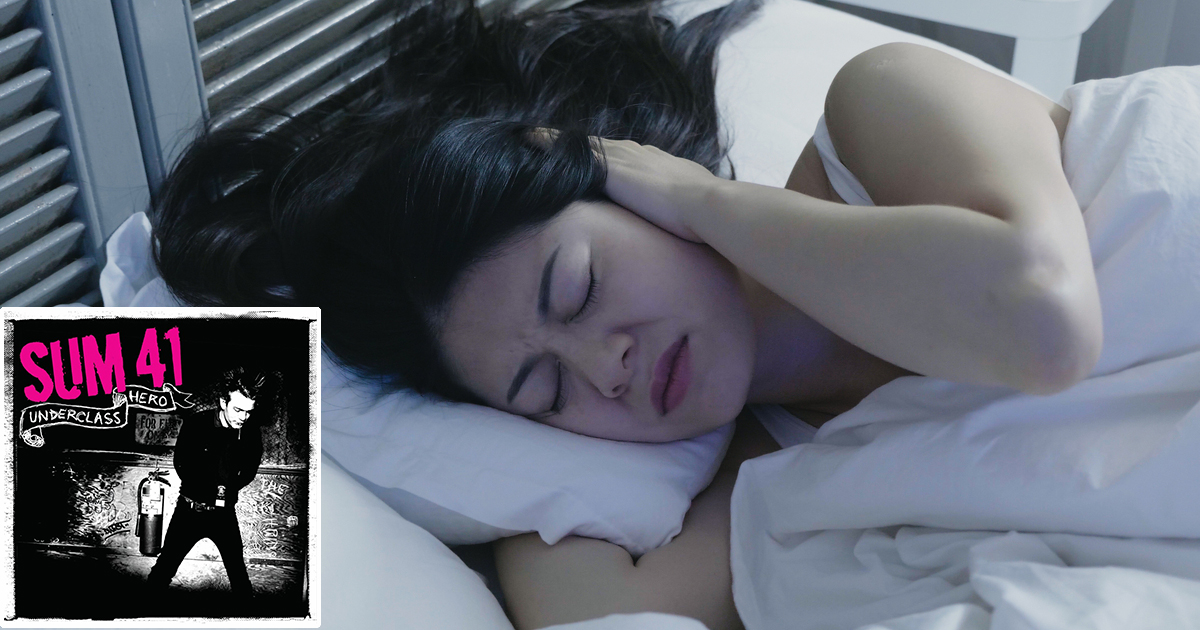 Sum-41 will forever be known as the band that made the bold stance of being not as good as Green Day, but worse than Good Charlotte. It was with Sum-41’s “Underclass Hero” that they really made a name for themselves in my household by being the album my roommate plays over and over cuz he’s sad.

This album reinvented punk in the same way my roommate Carl reinvented paying rent in that he does it poorly and not often.

“Underclass Hero” starts off strong and, for me, on the wrong foot. The themes of rising up and fighting against your oppressive government only really resonate with me. I too am being oppressed. I’m being forced to wake up to “Underclass Hero” at 8 A.M. on a Saturday because my roommate is not handling his break-up very well.

“We used to listen to this together,” he told me one time when I found him brushing his teeth over the sink, this album on loop on his phone sitting on top of the refrigerator, or at least I think that’s what he said because he was also attempting to sing along with the ending of “Dear Father,” and not cry. He was not doing any of those things particularly well.

However, the power of this album doesn’t affect merely Carl. I’ve felt moved by the haunting ballad “With Me” which takes me back to my own attempts to write Green Day songs and
how they failed as miserably as my roommate’s three month relationship.

Overall, this album is best when it’s not trying too hard, such as with the hidden track “Look at Me.” It’s a delight, because it means two minutes of absolute silence in my day, broken up only by the sad sobs Carl makes every morning, noon, and night. Maybe if Carl took a hint from that track and didn’t try so hard he could have kept whats-her-face interested for another month or two, but alas no.

Just like my roommate, this album obviously has gone through some shit and is trying; in the end “Underclass Hero” works as a great representation of Sum-41’s old-timey punk sound and my roommate in that both are nothing but piles of trash that the rest of us have to just sort of deal with.