We Remember the Time Tom Delonge Rhymed ‘Think’ With ‘Eat’ 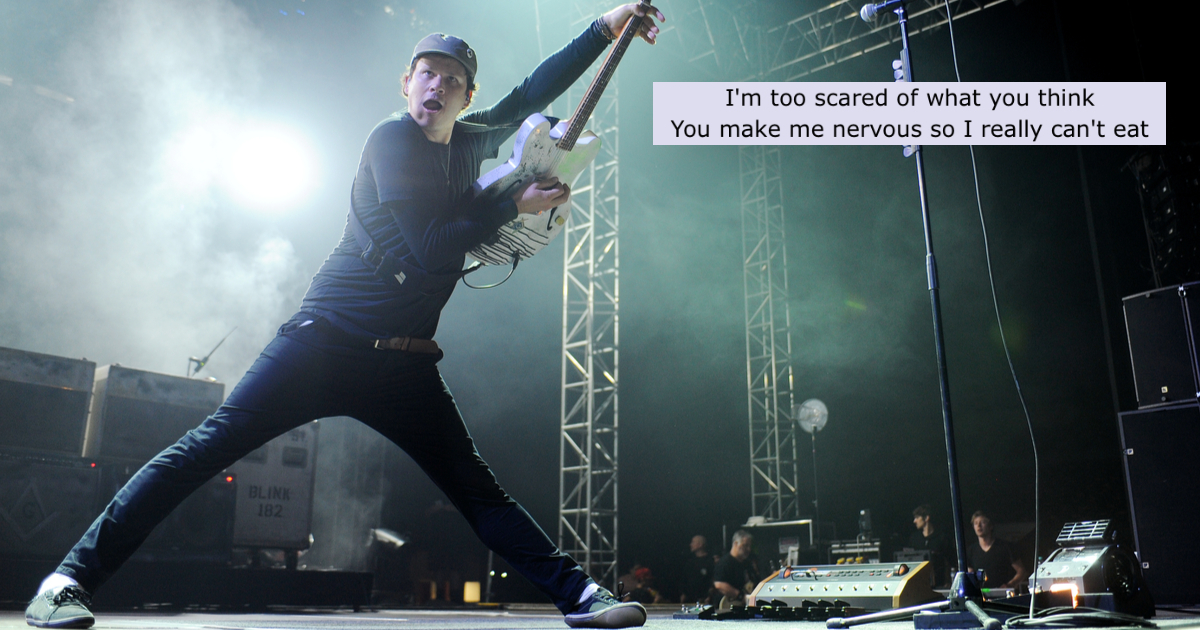 We remember it like it was just yesterday plus 20 years. It was the Summer of 2001 and Blink 182 had just released Take Off Your Pants and Jacket. It was a more emotional departure from their previous works. Fun, happy tracks about jerking off a dog were replaced with more somber, wistful tunes about jerking off a grandpa. Oh, and one about fucking a dog in the ass. That one was acoustic. Anyway, by the time they released their second single, “First Date,” that October, nothing would ever be the same again. But because of that and nothing else.

We at The Hard Times look back on the time when Tom Delonge rhymed the word “think” with the word “eat.”

Tom Delonge is no stranger to bending words to make them rhyme. The English language has 42 distinct phonemes but grammar scientists have since added an additional 13 after recently discovering the linguistic enigma on a classic rock station. However, the “think” and “eat” rhyme remains an anomaly.

Let’s look at the line itself:
“I’m too scared of what you think
You make me nervous so I really can’t eat.”

Okay, so, logically this lyric checks out. A recent study by anxious nutritionists even proposed dating as a form of intermittent fasting. But the airtight lyricism of Blink 182 is not on trial here.

How did we become so used to Tom Delonge’s bastardized English that he rhymed two words that didn’t have a single similar sound between them AND NO ONE NOTICED? To put it simply: How did we get to this point and is this Hell?

Honestly, we just wish we could go back to simpler times like when Eminem rhymed “first place” with “birth day.” At least that was before Bush did 9/11.