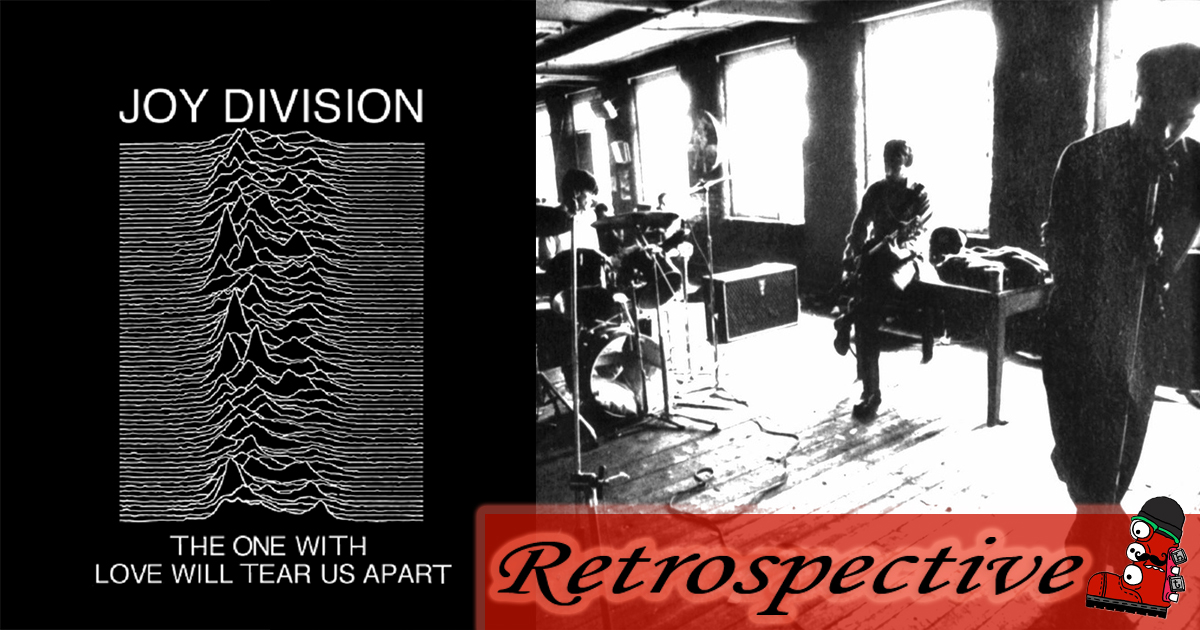 Nearly 40 years after its release, Joy Division’s most iconic album truly stands the test of time. I’m referring, of course, to the band’s truly groundbreaking release…you know, the one with “Love Will Tear Us Apart.” I think maybe it’s just called Joy Division?

The members of Joy Division were inspired to form a band immediately following a Sex Pistols show that guitarist Bernard Sumner, bassist Peter Hook, and founding drummer Terry Mason all attended separately, which is an interesting fact that I definitely did not have to find on Wikipedia to desperately fill space for this review. Shortly after Ian Curtis responded to the band’s advertisement for a vocalist, the band began writing and evolving the punk sound to the most influential angular post-punk music of all time, including the hit “Love Will Tear Us Apart”, which I’m pretty sure is on this quintessential album.

Joy Division owes much of the album’s success to producer Martin Hannett, who pushed the boundaries of the band’s sonic landscapes with his innovative recording techniques. Whether it was having Curtis’s vocals recorded over a telephone line to insert a feeling of distance, or having drummer Stephen Morris rebuild his kit on the roof to record “She’s Lost Control”, Hannett honed the band’s angular–oh wait, I said that already, I meant genre-defying–instrumentation. Hannett truly understood how to translate Joy Division’s paradigm shifting sound, which is why only they could understand his paradoxical direction to “play faster, but slower”, something I’m convinced definitely happened because I saw it in the documentary 24 Hour Party People.

The monumental, lasting influence of this album is everywhere. You can hear the album’s best track “Love Will Tear Us Apart” in the soundtrack to Donnie Darko, a cult movie with a significant message that I absolutely understand. Joy Division’s indelible mark on our subculture is also apparent in other remarkable musical groups. Bands like The Cure, Interpol, Radiohead, and even some group called New Order all claim this hallmark record as a major influence. And why wouldn’t they? When it has a song so perfect as “Love Will Tear Us Apart”–hang on, was that song actually on “Closer”? I thought that was the one with “Blue Monday”.

Whatever the album is called, it’s a very important work.