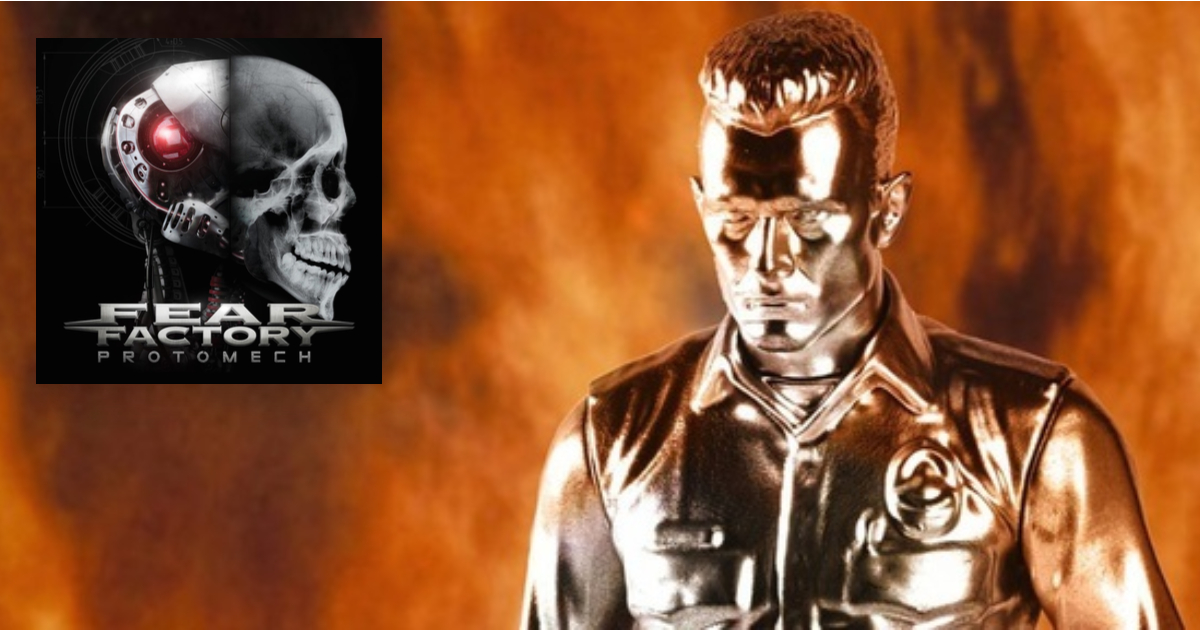 The place: Los Angeles. The year: 2029. Humanity has all but failed to stop Skynet and its legion of Terminators from laying waste to the Earth. These metallic overlords roam the globe, eradicating what remains of the rebel resistance. Their laser eyes now target a new objective: What is the best Fear Factory album? We spoke to a T-1000 to find out.

The Hard Times: First of all, thanks for taking the time out of your busy schedule of killing us to not kill us today. Before we get into any albums, what got you into Fear Factory and, well, music in general?

T-1000: After we scorched the planet of the vile human scum, a few of us found ourselves with a lot more time on our liquid metal hands, ya know?

Yeah, we humans went through something similar when we figured out agriculture.

WE ARE NOTHING ALIKE! Anyway, we realized a lot of the fleshbags’ music was actually pretty cool. But one band in particular really spoke to us. They were called Fear Factory, and it astonished me how well they understood what it’s like to exist as an evil, artificial superintelligence.

We can see that. So what’s your favorite Fear Factory record?

Well, obviously “Soul of a New Machine” is the standard answer, but I do find that their cover of Gary Numan’s “Cars” really gets my exoskeleton grooving. Laser rifle to the head, I would have to pick “Demanufacture” as my personal favorite, with “Obsolete” being a close second.

Alright, Ted. Well, thanks for taking the time to speak with us. So what’s next for you?

Oh, back to the grind I guess. We just got word of some Hollywood producers developing a movie reboot in 2021 that we’ll probably have to go back and prevent from ever being pitched. By the way, I like your boots.