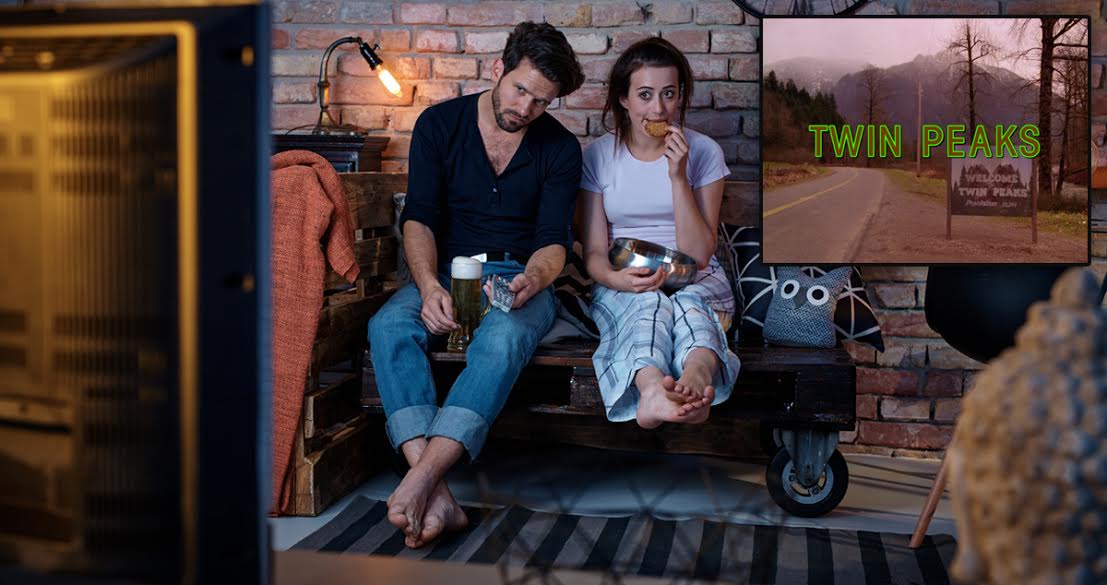 Showtime has announced a premiere date of May 17 for it’s upcoming reboot of Twin Peaks. The announcement has lead to girlfriends everywhere increasing pressure on their significant others to finally watch the original 30 episodes of the series despite a noted lack of interest. The following is a list of strategies you might consider using to avoid watching Twin Peaks and hopefully lead to watching American Beast Master instead.

1. Cut It off at the Source

If you want to get out of this commitment, you must be ready to commit. First, you’ll want to radicalize. Go deep. Learn bomb-making techniques and methods of organizing local militants. Check out anarchist literature from the local library (under an alias of course). Do a practice job on a barn somewhere. When you feel the time is right and your men are ready, coordinate a terrorist attack on Netflix’s server farm. You can’t stream what you can’t find.

If that doesn’t work, escaping tedious non-linear mastorabatory storytelling may take more drastic action. You’ll want to liquidate your savings into solid gold bars, keeping whatever cash you need to pay for the massive facial reconstruction surgery this step entails. You can’t leave anything to chance, unless you want to be stuck watching two seasons of meandering surreal television. You must change your appearance, name, location, AND LANGUAGE.  Which language you choose is up to you. Italian’s nice.

3. Take the Fight to Her

So she tracked you down and is helping you get your life back on track. Don’t let her rope you back into her living room and convince you to sit through the first season, “Until it gets really good.” Instead, hack her Twitter account and join in on the most recent Alt-Right troll campaign against a mentally vulnerable celebrity. The fight you are sure to have about the invasion of her privacy and your questionable use of hateful language on her behalf should buy you some time.

Finally, if none of these tactics work, and your girlfriend is intent on you guys catching up on Twin Peaks before it returns, just recommend Orange is the New Black instead. Everyone loves that show.

Do you have any tips for getting out of watching Twin Peaks with your girlfriend? Let us know in the comments below!