True Ally! This Male Feminist Is the Loudest at Today’s Women’s March 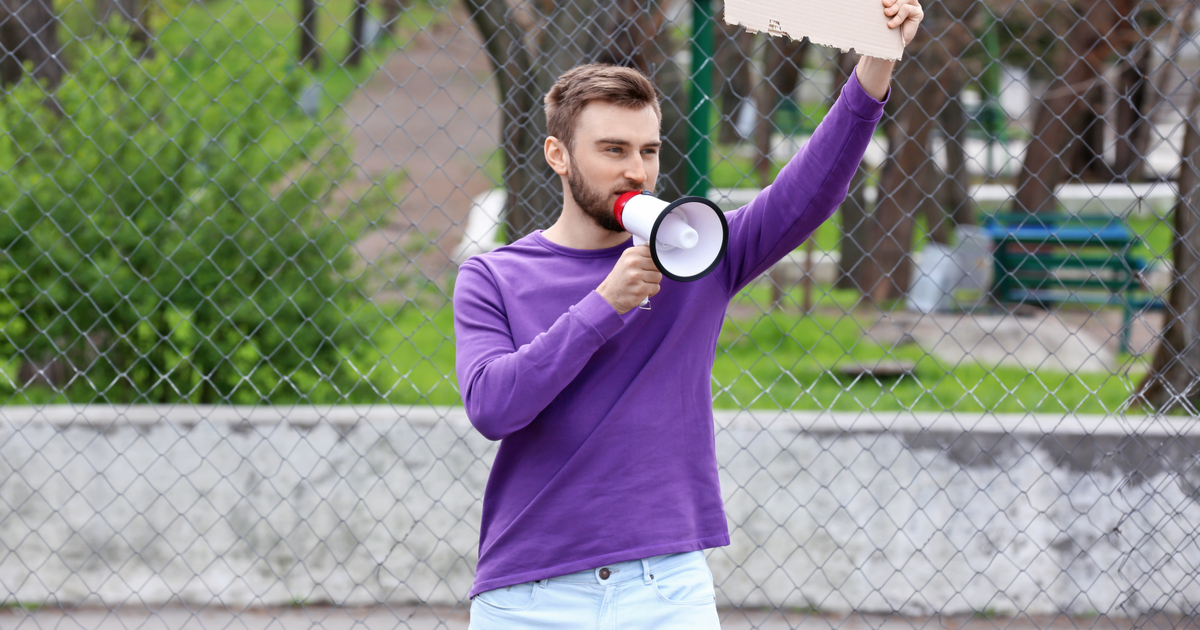 Local hero and feminist icon Rafael Moran showed up today at the Women’s March to speak out against the patriarchy, and speak out he did! In the spirit of the march, he made sure his voice was heard. Loudly.

So loudly, in fact, that you couldn’t even hear anyone else. What an ally!

He let everyone know just how big of ally he is to all women by bringing his own megaphone to chant “I’m with her!” while pointing out people within the crowd, only misgendering a few dozen marchers. He also led other popular chants such as “My body, my choice” and “This pussy grabs back!”

Moran’s enthusiasm extended to his protest sign (the biggest at the march) that read, “Marry me, AOC?” and included his Instagram handle. He even carried a Ring Pop in case she happened to make an appearance.

Unfortunately the Bronx-based representative did not show, but what a romantic gesture! Watch out, Riley Roberts!

Moran was generous enough to use his time, knowledge, and women’s studies minor to explain Roxane Gay’s theory of feminism to a few women marching alongside him. In a fortuitous twist of fate, one of the women happened to be Roxane Gay herself!

Coincidence, or is God a woman shining on Moran?

He raised morale by complimenting several women on their bodies regardless of their shape or weight. Several people were moved to tears by his words of encouragement to “Use those beautiful, thick legs to trample the patriarchy!” One woman even attempted to hug his neck with her hands when he told her, “Those giant tits will feed a whole family, if you so choose to have kids! Your choice!” A man who respects agency? Sign me up!

When a fight broke out between participants and men’s rights counterprotestors, Moran bravely decried that it was not his place to interfere. Way to stay in your lane, Raf!

Moran is an inspiration to all young men who have felt like outsiders in supporting women’s rights. We tip our pussy hats to feminist icon Rafael Moran!