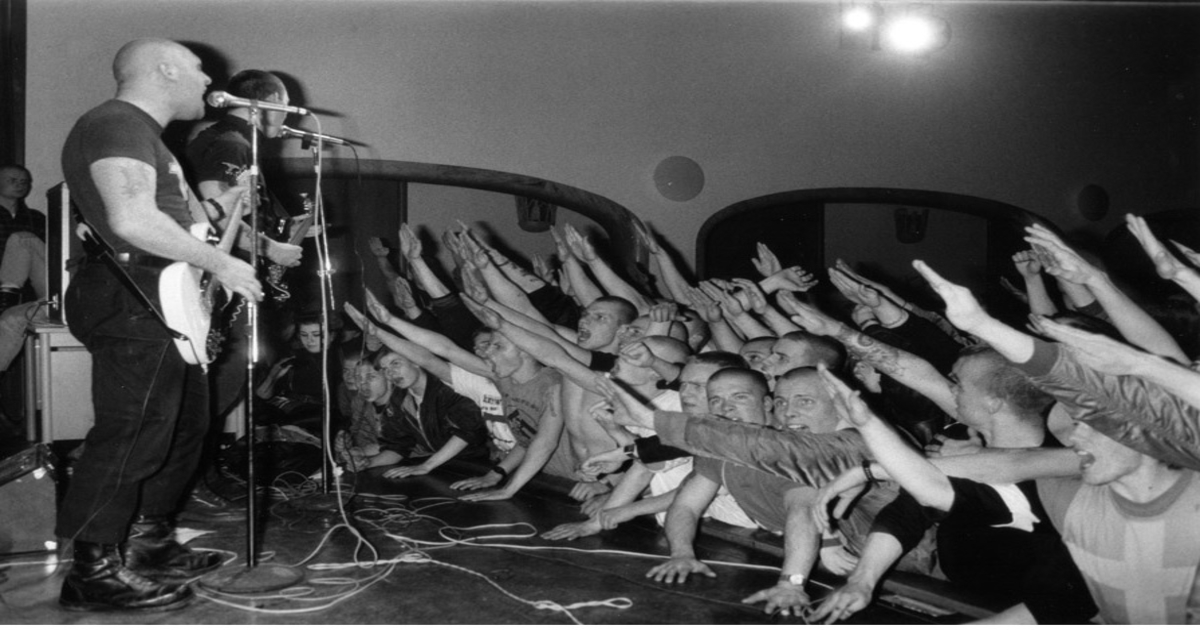 One unfortunate part of being a fan of older music is that some of it has aged rather poorly. Certain songs that were totally acceptable or even progressive for their time are now problematic af! Even bands you wouldn’t expect. Ready to have your mind blown? Well, here are five Skrewdriver songs we all know and love that, in 2019, are actually kind of messed up when you really put them under the microscope.

Everyone knows the Skrewdriver classic, “White Power,” but if you look closely at the lyrics, some of them are actually somewhat racist.

Are we gonna sit and let them come?
Have they got the White man on the run?
Multi-racial society is a mess
We ain’t gonna take much more of this
What do we need?
Chorus: White Power! (Repeat)

Yikes! Watch out Skrewdriver, if you’re not careful people might associate you with the alt right.

This is one of those songs that brings you right back to your high school days. We all have a memory tied to Voice of Britain, whether it was playing during your first kiss, or blaring from the car stereo while you attended your first cross burning. However, times change, and some of these lyrics that seemed innocent in the early 90’s just don’t fly anymore.

Now we’ll have a go at the TV and the papers
And all the media Zionists that like to keep us quiet
Started a war with Germany, and gave away our Empire
Remember Adolf Hitler, remember Crystal Night!

While it may be socially unacceptable to say the N word today, things were a bit different when the band reunited in 2007, and there’s no better evidence of that than this classic toe-tapper!

Being white in Britain’s not a piece of cake
I love to say the N word every single day
I say it in the morning, and every single night
Oi I’m bloody knackered, pip pip cheerio! Bob’s your uncle

Oi! This song did not age well.

Looking back on it, I’m not sure how Skrewdriver knew who Barack Obama was considering this song came out in 1987, but what I am sure of is that the bass riff still totally shreds!

Yowza! Looks like the band Skrewdriver isn’t going to be hosting The Oscars anytime soon. Still a solid tune, though!