The Real-Life Rufio? This Homeless Teen Can Sure Swing a Sword! 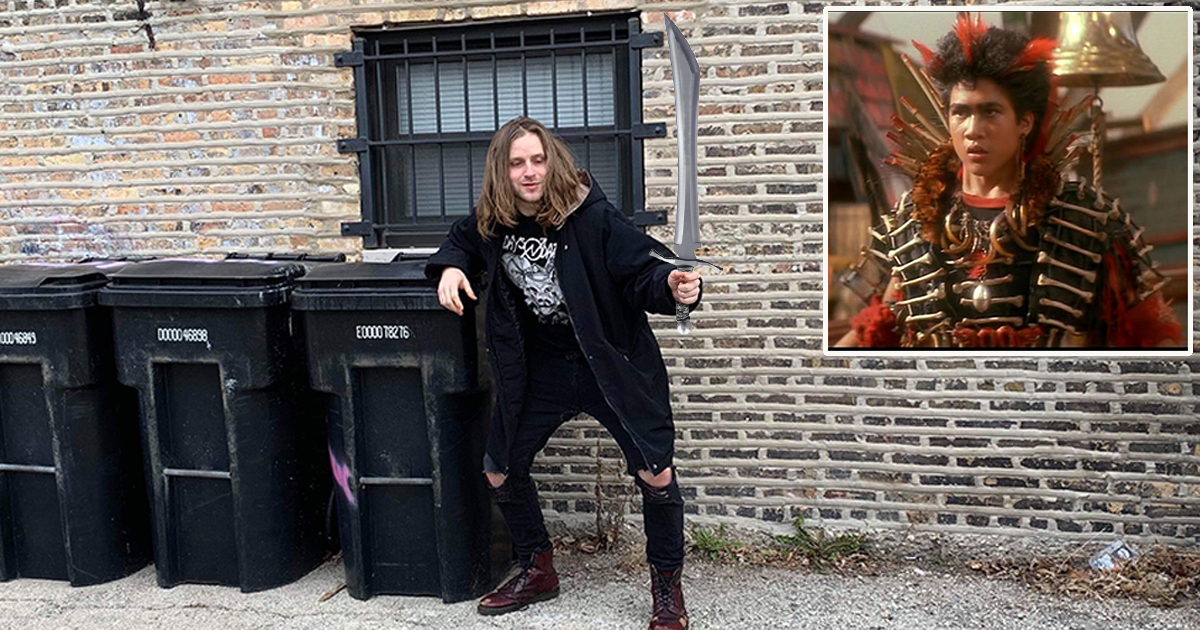 It can be easy to become discouraged these days amid the drudgery of work and the onslaught of terrible news. This is why it’s so important to recognize magic when we find it in the world, and why I was so thrilled to discover a real-life Rufio living among us!

You remember Rufio, don’t you? He was the super-cool leader of the Lost Boys in Steven Spielberg’s “Hook.” You know, the whimsical cinematic continuation J.M. Barrie’s novel “Peter Pan.” Well, guess what, Rufio exists and let me tell you that he can swing a sword like a motherfucker.

Let me first say that I was not expecting to find the leader of a rag-tag group of warrior orphans when I stepped outside of Starbucks that cold afternoon. I was messing with my iPhone when I saw him. It was like he back-flipped right out of Neverland and into the back alley of Captain Barnacles’ Seafood Hole.

He was much thinner than I thought a magical forest child would be, probably due to his Never-food diet. However, he was still as agile as his movie counterpart, even while fighting three hobos for a discarded cod sandwich.

I don’t know where he learned his swordsmanship, but he made short work of those street-pirates. It wasn’t much a fight when they were only wielding wooden sticks against a feral child with a rusted cutlass, it was really more of a long shiv, I guess. The crew of homeless scalawags scattered when my man kicked one of them in the balls before throwing a plastic bag filled with cat piss at the others. Rufio must have really wanted those fries too!

I found myself cheering when the child of Neverland celebrated his victory in typical Lost Boys style by crowing at the sky with tears streaming down his face before scarfing down his spoils of war. I think I startled the little rascal because he skittered off shortly afterward. High adventure at its finest!

Remember everyone, you could be leaving your favorite coffee shop and see a real-life warrior-child engaged in swordplay or a family of Rocket Raccoons getting chased away from an adult bookstore. Mental Illness may have taken Robin Williams from us, but it can do good things too! Never let anyone tell you that there’s no magic left in this world.