Sure, Spotify Takes a Big Cut, but That Revenue Is Going To Trickle Back Into the DIY Scene 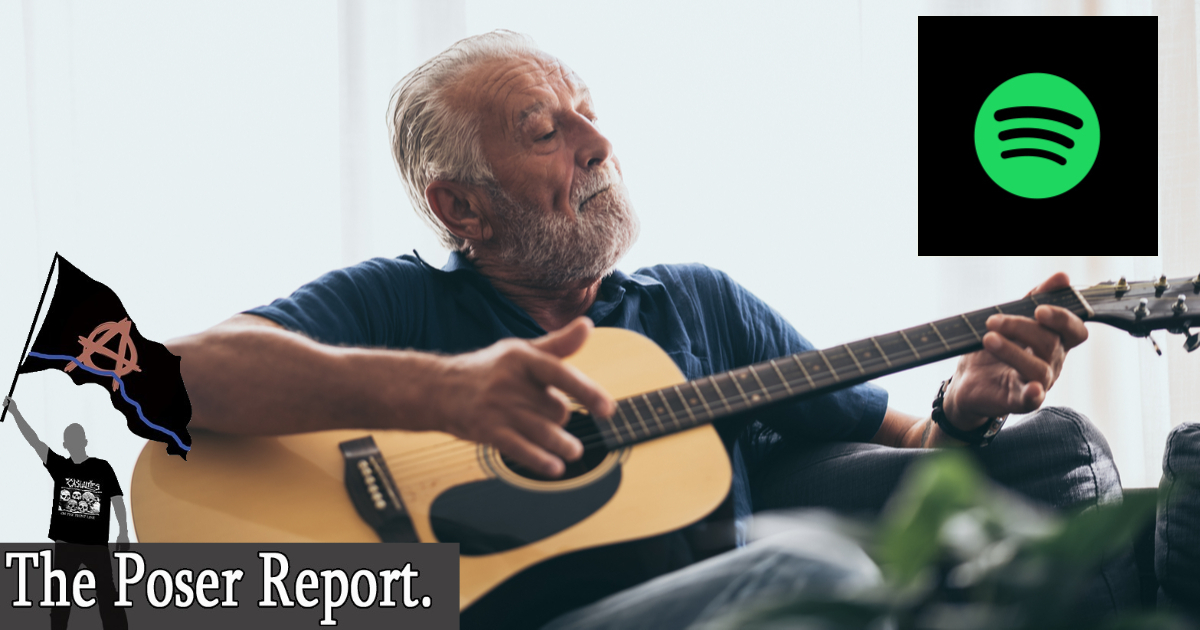 I’m somewhat of an “old school” musician. Things have been working fine the way they are for years and I for one do not see a need to change anything. I’m into
“Rock and Roll” not “rock the boat!” The system works, plain and simple. Big companies take the monetary risk of funding an album so they deserve the lion’s share of the profits if that album becomes a hit. Then, those companies use the money they made to develop up and coming artists. It’s how major labels have operated for years and we’ve never had a problem before! It’s the same thing with Spotify. Sure, they take a big cut but believe me that revenue is going right back into the DIY scene.

No, this is nothing like Reagan’s “trickle-down” economics aka Reaganomics, which did not work and was fascism. This is more “pay-to-play” economics. Or, like, Reagan-Youth-omics.

If you’ve been blinded by the liberal music media, you’ve probably heard lots of musicians complaining about how Spotify doesn’t pay artists enough. They complain that the value of a stream is so low, even musicians atop the charts cannot make ends meet! This may seem like an open and shut case of “big bad corporation being greedy and hurting the worker,” but without companies like Spotify to try and monopolize the monetization of music, small artists would be forced to release their music on far less fashionable platforms. I mean, if you’re gonna release something on Bandcamp, why release it at all?

Look at it from Spotify’s perspective. First, Spotify has over 4,000 employees worldwide and it’s likely that some of them are musicians and I’m sure Spotify pays them a fair wage. Secondly, Spotify CEO Daniel Ek is worth over two billion dollars, so you have to expect some charitable donations are coming to the music scene. I mean, the guy wears a shirt with a guitar on it. He loves music! How cool would it be if Ek gave some money to venues to keep them afloat? He hasn’t done it yet but based on how much he talks up the importance of mediums that support music, we’re sure he will any day now.