Sorry Liberals, There Are Only Two Genres 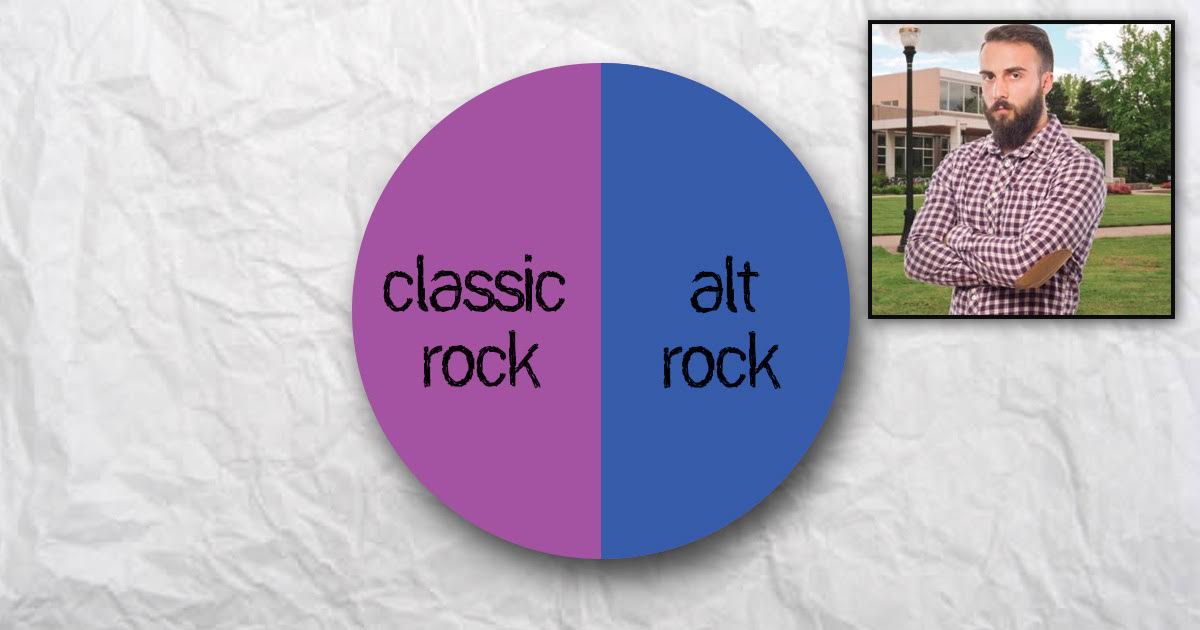 I’m so sick of all the social justice warriors out there peddling their bullshit about there being a whole spectrum of musical genres. These snowflakes need to just accept the SCIENCE FACT: There are only two genres, and they are classic rock and alternative rock.

I know a LOT about music and I’ve seen a ton of bands live. This list includes, but is not limited to: Weezer, Red Hot Chili Peppers, The Rolling Stones, Radiohead, and Rush. So if there was something called, “jazz” music like all you Tumblrina feminists keep insisting, don’t you think I would have seen it by now?

When it comes down to it, I live by this motto: If I haven’t personally experienced something, then it does not exist. That’s called science and it’s the same reason that ever since a camping trip I took last year I know Bigfoot IS REAL.

My experiences are similar to everyone else’s I’m sure,  because I live a very standard life. I grew up in a nice suburb, and no it wasn’t, “all white,” Danny Tozawa was in my 8th grade class and he was Chinese or something, and now I go to decent private university studying business. In other words, from Billy Joel, to Dave Matthews Band, all the way to Phish — I’ve seen it all!

You simply can’t argue with science to fit your liberal agenda. So bands like Daft Punk, Katy Perry, and Hamilton: The Musical need to STOP disgustingly pretending to be these made up genres and be either alt-rock or classic rock like they were BORN to be.

Related: If I’m Such a Racist Then Why Do I Have So Many Prepared Responses to Deny It?

My whole life, I have invested my personality in the idea that I like classic rock and I like alternative rock. So if that’s not true — if I somehow messed that up — then what the hell am I?

I’ll tell you what I am, a guy who just scored tickets to see one of the most original, genre-bending bands of all time tonight: Pearl Jam.

Let us know in the comments below what YOUR favorite musical genre is, whether it’s alt-rock or classic rock.