Show Review: You Guys Seem to Be Having Fun Up There 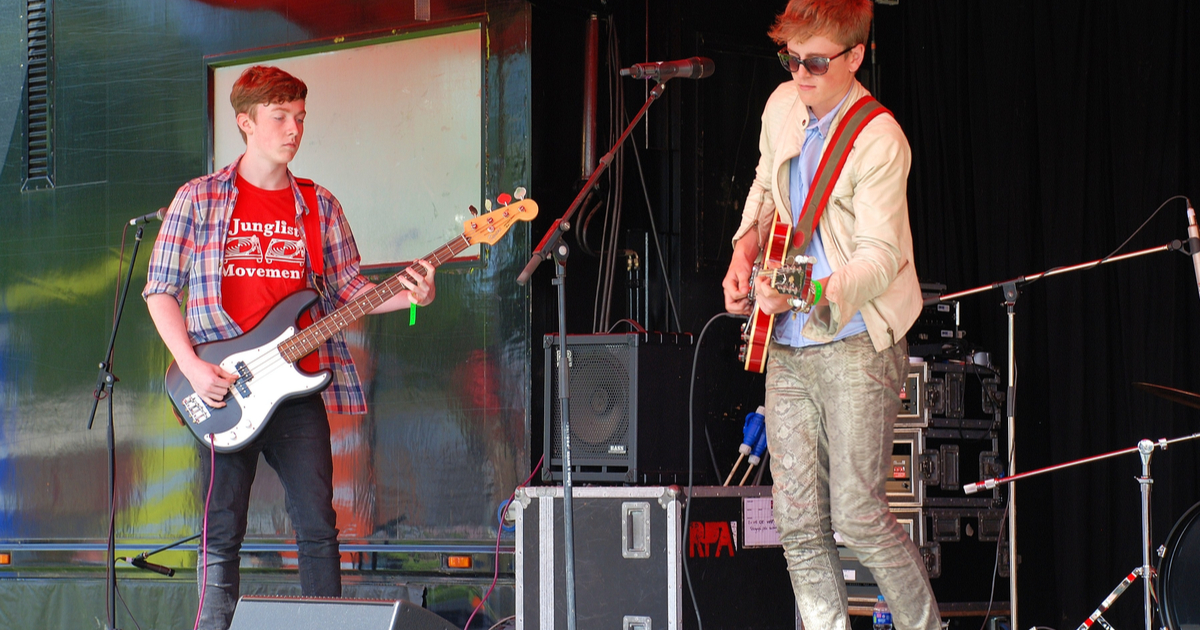 Hey guys, thanks for inviting me to your show! What did I think of your set? Boy oh boy, that really was a… set. One thing I know for sure though, is that you guys really seemed to be having fun up there!

Seriously, you guys looked like you were having tons of fun. The way you all jumped around without any care about hitting the right notes or timing or anything- it was just… wow! The way you all were throwing your guitars in the air and sometimes even catching them just looked so fun.

I love bands who you can tell are friends. You guys may have dressed like you were in five different bands but I could definitely tell you guys had met before. The inside jokes between every song were a nice touch. I really felt like I was hanging out with a group of friends. Granted, it was more like a group of friends who I didn’t know and were making no effort to let me in on what they were talking about, but a group of friends nonetheless.

You all were so in your own world. You didn’t care who thought you sucked- you all just did your thing. It didn’t bother you at all when most of the audience left to ‘use the bathroom’ all at once, nor did you care about anything the sound guy said.

Your songs? Yeah you definitely played songs. That’s for sure. Whether you all were playing the same song at the same time is up for debate but they certainly were songs. I think your rhythm guitarist may have had his set list upside down.

So what’s my final review of the band? Well, you are certainly a band who could hold their instruments for a half hour. That’s unquestionable. And you really seemed to have fun performing. Oh? That part was what you spent all your time rehearsing? Well that explains some things.