We Sat Down With Kathleen Hanna to Talk About the Art, Activism, and Legacy of Her Husband Ad-Rock 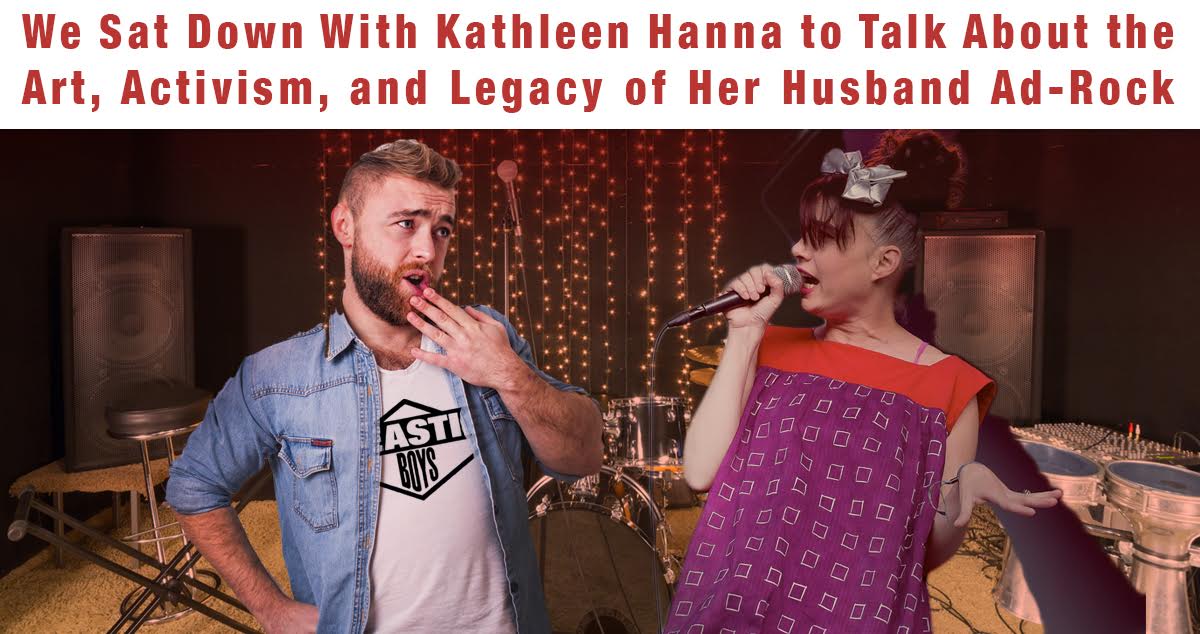 Kathleen Hanna is a revolutionary figure in the music world. She helped pioneer the Riot Grrrl movement with her band Bikini Kill and has exposed millions of women and girls to the worlds of punk and feminism. Hanna’s music and activism is as important and influential now as it ever was and she continues to create incredible new music with her band The Julie Ruin. With this in mind we decided to sit her down to talk about her husband, Adam Horovitz (better know as the Beastie Boys’ King Ad-Rock).

Kathleen: Hey, so nice to be h–

— Some people would say punk is dead. What do you think of The Beastie Boys’ decision to transition from Punk to Hip Hop?

Well, back when I was starting Bikini Kill and helping to create a whole new genre of punk… oh wait, you’re asking about Adam’s band? Uh, whatever they thought was best, I guess.

The use of feminism in music is a revolutionary thing. Wasn’t it cool when your husband Adam disowned the song Girls because of its sexism? Pretty cool, right?

You had a band called Le Tigre. A tigre is a beast. How does it feel to be in the second best band about a beast?

Do you want me to just get my husband? I can just call my husband.

In 2013 you starred in the documentary The Punk Singer. What’s Ad-Rock’s favorite Jolly Rancher flavor?

OK, this is ridiculous. I am an artist in my own right and all you interviewers ever want to do is ask me about my husband! It’s ridiculous and I’m sick of it! And it’s watermelon. You’re the third person to ask me that. His favorite Jolly Rancher flavor is watermelon, OK???

Kathleen, thank you so much for your time. Kathleen? Oh, guess she walked out. Wow, it was so great to interview a feminist icon! Damn, we should have got Ad-Rock’s number before she left though…