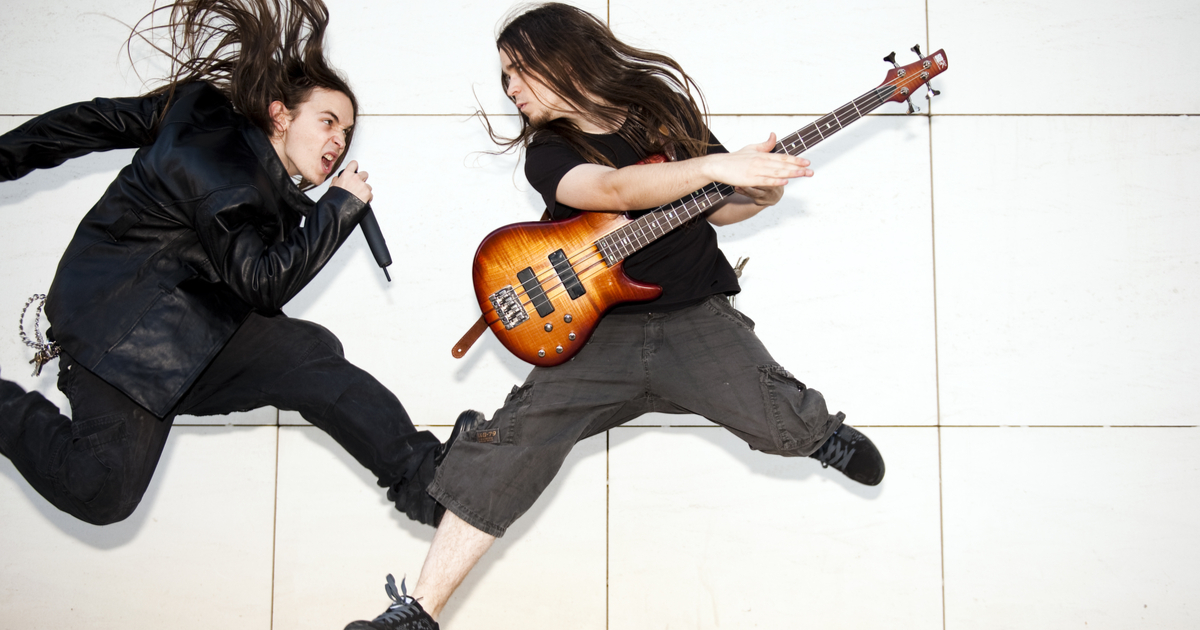 At first glance, the names Cyrus and Jeff might not mean anything to you. They’re a couple of guys who’ve known each other since grade school, started a band together, and, oh yeah: they’ve managed to retain the coveted label “Best Ever Death Metal Band in Denton” every single year for seventeen years.

How did they manage this feat, you ask? Not since 1974-1975 has any artist won back to back Album of the Year at the Grammys and that was Stevie Wonder- and he only repeated his title once. Yet this nameless death metal band has won the highest title they can achieve 17 years in a row?! Something smells fishy. It’s probably Cyrus and Jeff.

After arduous minutes spent researching this on the internet, I discovered that John Darnielle of The Mountain Goats praised this nameless death metal band in a song on the 2002 album All Hail West Texas, forever cementing their status. The song in which they were mentioned “just happened” to launch The Mountain Goats into the folk punk stratosphere (which, to be fair, is located like 6 feet off the ground). Coincidence??? Maybe.

I mean, can you even be a death metal band with only two members? Assuming these guys have some kind of one-man-band setup to cover drums, bass, and multiple guitars, at the bare minimum that would make them a folk-punk band. But I can’t even tell you for sure if that’s the case because all the googling in the world hasn’t turned up one single song from Cyrus and Jeff, if those are even their real names.

At this time, I’m actually unable to confirm whether Cyrus and Jeff are even real people. It’s entirely possible this whole death metal band thing is just a front for Darnielle to keep selling records. I mean, in his song of the same name, Darnielle predicts that this band is going to “outpace and outlive” us all; a really bold claim to make for two kids who might not even be able to play instruments. I mean, sure, Darnielle says they practice twice a week in Jeff’s bedroom, but are they really practicing, or are they just drawing pentagrams and listening to Sabbath records backwards? I mean, that does sound pretty cool.

The worst part? I can’t even verify if anybody besides Darnielle is judging this annual death metal band contest. It would seem that this sham ceremony is just an attempt by Darnielle to bolster the story in his song. Next, Darnielle will try to tell us that Dungeons and Dragons is a real thing that exists outside of his music and one excellent 2000 film starring Jeremy Irons. But you can’t fool this journalist.